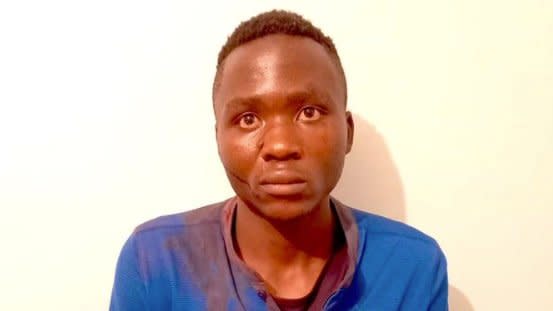 A man described by Kenyan authorities as a “bloodthirsty vampire” who allegedly killed at least ten children, in some cases by sucking blood from their veins and leaving them to die, has been lynched by a furious mob.

The case of Masten Milimo Wanjala, 20, came to its grim conclusion Friday, two days after the alleged child-killer escaped from custody hours before a court appearance over the murders of 12 and 13-year-old children. He was arrested in July over the disappearance of two kids, but officials said he then admitted to killing ten over a sickening five-year spree.

Kenyan police said in a statement that they were attempting to track down Wanjala and bring him to justice, but, on Friday, “he was spotted by villagers in Bungoma, and beaten to death before our agents re-arrested him… The law of the jungle as applied by irate villagers prevailed.”

The shocking allegations against Wanjala came to light following his arrest in the summer when authorities described his purported confession. Police wrote that he “massacred his victims in the most callous manner, sometimes through sucking blood from their veins before executing them.”

The statement described some of the alleged murders in horrifying detail, saying Wanjala “squeezed dear life out of the innocent children.” In one case, where the victim was identified as 12-year-old Purity Maweu, police wrote, “The young girl was kidnapped from Kiima Kimwe in Machakos and her blood sucked by the killer, before being left for dead.”

Authorities said that Wanjala’s victims, all aged between 12 and 13 years old, were “stupefied using a white substance in powder and liquid form, which [they] were either forced to drink or sprayed with before being executed.” The statement also claimed that Wanjala informed detectives that he “derived a lot of pleasure from killing his victims.”

After his escape from custody, Wanjala was reportedly identified at his childhood home in Bungoma, over 250 miles from the police station he escaped from, after he joined a soccer match with local kids.

“He comes from this area and so the children saw him and knew it was him and that is when information spread around and locals started pursuing him,” said local official Bonface Ndiema. “In the end, he ran into a neighbor’s house, but he was flushed out and lynched.”

After confirming Wanjala’s lynching, Kenya’s Directorate of Criminal Investigations wrote, “Our thoughts are with the families of those who lost their innocent children in the hands of the suspect.”

As An Immigrant, I’m Becoming Unafraid And Demanding More Than

As An Immigrant, I’m Becoming Unafraid And Demanding More Than