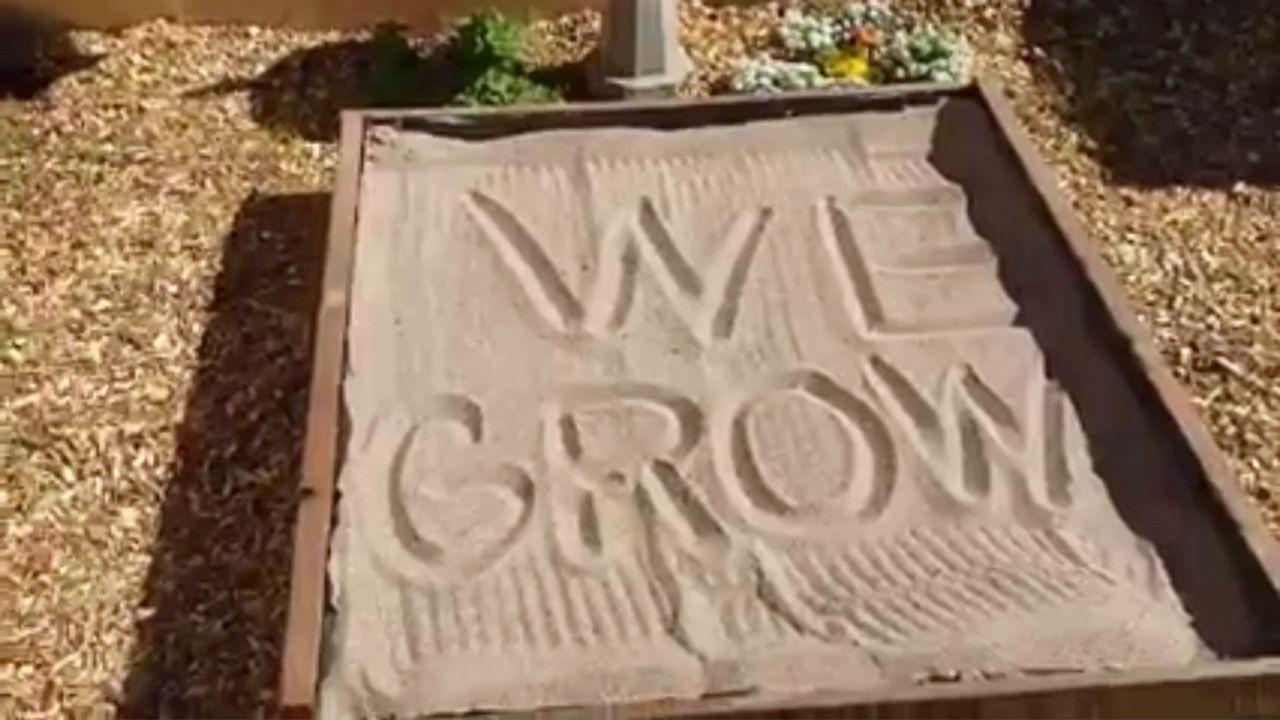 Chuck “Sandman” Collins is a Utican through and through, and is proud of it.

“Hey Utica, Upstate New York, Central New York – I miss all of you guys. I’d like to thank you for your extended support,” Collins said.

Collins grew up in the Cornhill area of Utica.

“Blessings, Cornhill. All of my people in Cornhill represent,” Collins said.

He says his family didn’t have much, but his grandmother and uncle had gardens. Collins says gardening helped unite his community.

“Be it from whatever culture, whatever racial background you’re from – we all knew how to raise things in the ground from seeds in Utica,” he said. “That’s actually the reason why we got the name, ‘Cornhill.’”

But Collins was busy with martial arts and other passions while he was back home. His green thumb didn’t show until after he moved to Arizona. Collins had to leave his beloved city of Utica for a more temperate climate because he a hard time breathing due to an injury he got in the U.S. Navy.

“Because of my injury I could no longer do martial arts, so I had to find something to do with myself, so not only did I get involved in astronomy, but I got involved with gardening, and gardening just took on a life of its own,” said Collins.

Inspired by the work being done in space studies, Collins got involved with sustainable gardening – creating a startup called, “Together We Grow.”

As Collins posted videos about his efforts, Raechel Larsen reached out, partnering with Collins, and helped put together a Facebook page, YouTube channel and website for “Together We Grow.”

Around the same time, a documentary crew approached Collins.

The documentary was released in the spring and quickly got a lot of attention. It now has millions of views on YouTube.

“We are in the Mohawk Valley so we are kind of tucked away and we’re hidden. When one of us from that special place actually gets out there, and ventures the world, and we’re recognized for something that we do, that means the world to me because I believe every single one of the residents in Utica, all of my fellow residents, have something special in them that they can bring to the world. They just need that opportunity,” Collins said.

Collins says it was Upstate New York gardeners who helped get him to where he is now in the process, and his appreciation lives on.

“We’re actually growing Italian Long Hots from seeds that were sent to me from Utica,” said Collins. “You can take the boy out of Utica, but you can’t take the Utica out of the boy.”

Collins says he’s partnered with the World Health Organization, National Research Foundation and NASA to help make his methods available for any backyard. Collins also hopes to bring his methods to suffering nations.

In addition to his gardening, Collins works at the Kitt Peak National Observatory.