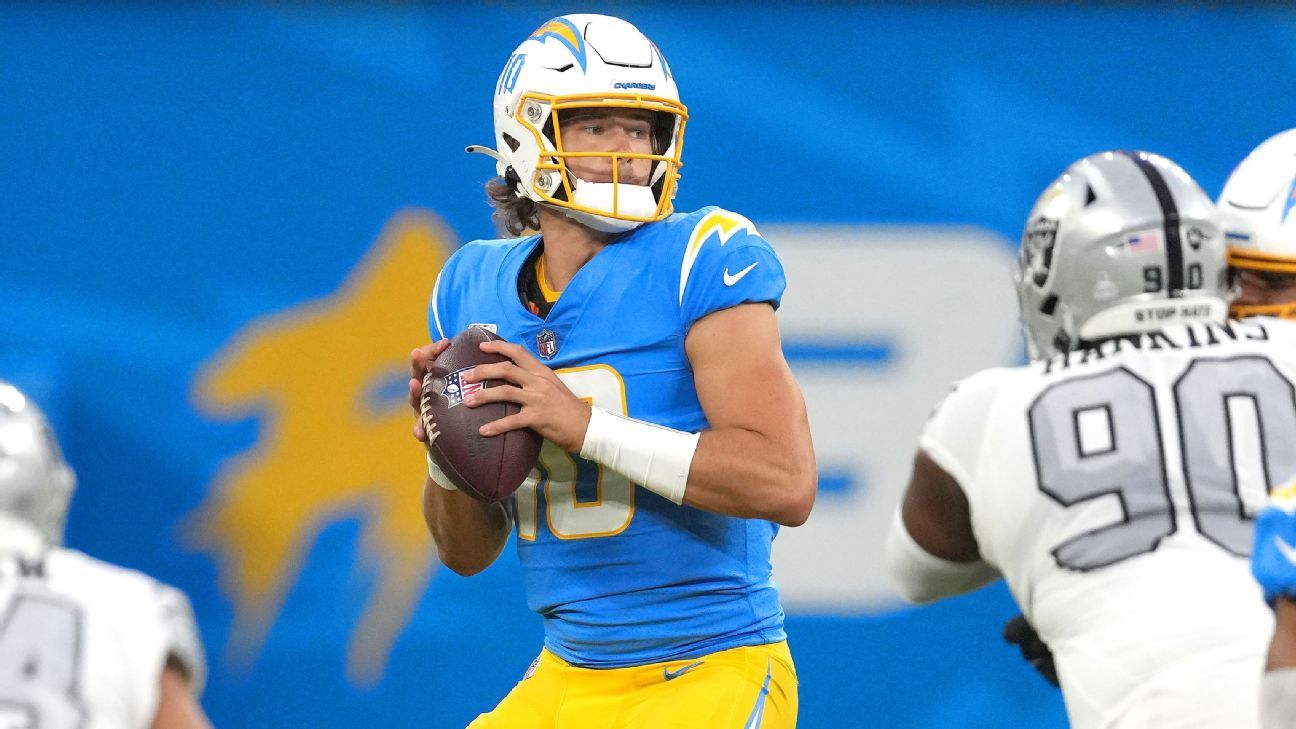 We are through four weeks of the 2021 season, and many quarterbacks continued their early-season elite play in Week 4. Dak Prescott and Patrick Mahomes had big days, and Justin Herbert put together a statement performance.

On a weekly basis throughout the season, I will rate my current confidence in each quarterback’s play. Who is unstoppable and in the MVP conversation? Who is struggling and needs to find consistency? Who is rising, and who is falling, after each week’s game slate? Which rookies are exceeding expectations, and which veterans are leading their offenses to playoff contention? And remember, this is based on the present, not future potential.

True backups will not be included, though teams with multiple legitimate starting options might have multiple QBs listed in the rankings. Backups in line to play for injured starters will also be ranked. The list will be accompanied each week with some of the biggest takeaways and lingering thoughts from the recent performances under center, including what both the tape and numbers say about some of the game’s starting quarterbacks. Here are this week’s QB rankings and some notes regarding the position.