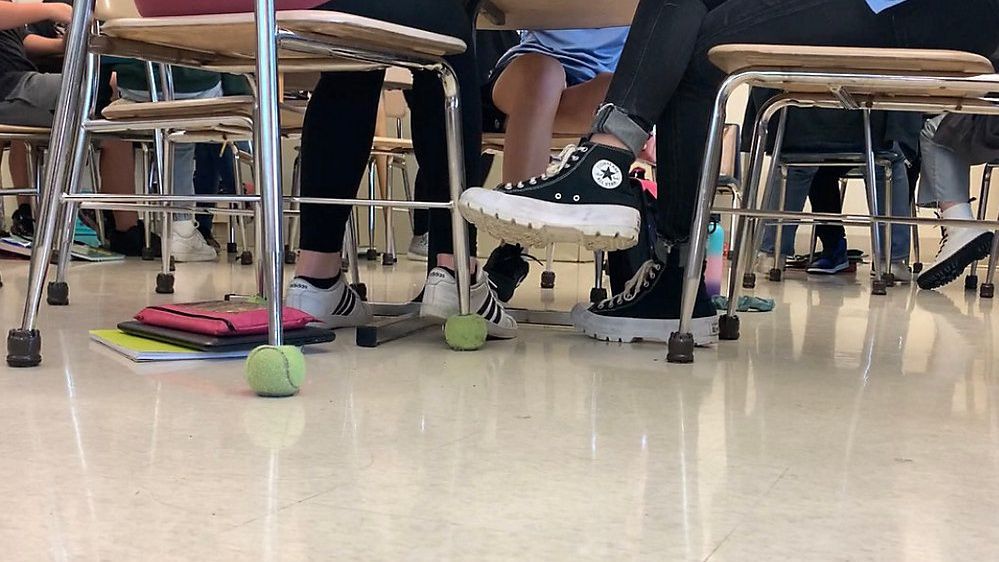 In September, as classes resumed for school children, Onondaga County began a $5.5 million mental health support program for all schools in the county. The intent is to add layers of support in a safe space to students that are in crisis.

Since the pandemic, there have been more calls to 911, more attempts of bodily harm and drug usage for young people. Every school district in the county has accepted the county’s help establishing new services, with the exception of Fayetteville-Manlius schools.

North Syracuse Central School District is initiating new mental health approaches they’ve been working on for years, as well as the new support from the County.

Lisa Goldberg is director of social-emotional programming for the North Syracuse Central School District. She said, “Last year was devastating for our students.”

Because of this, Goldberg and her team at North Syracuse Central School District is trying something new district-wide. They launched a Behavior Intervention Monitoring Assessment system, or BIMAS. Authored in 2016 by a group of psychologists, it’s a tool for schools to use to measure the social, emotional and behavioral functioning of students in grades K through 12.

“So, let’s say they appeared angry during the past week: ‘the student appeared angry rarely, appeared angry sometimes, often or very often.’ Clearly, something is going on for that student,” Goldberg said. “How do we then create a strategy to support that student? It’s before we even get to a mental health issue, we’re trying to build capacity and competence. Does the student have strong social skills? And if we determine that the student does not have strong social skills, how might we support that student? So for example, a classroom intervention would be improved projects, collaborative work, making sure that we’re supporting students and having eye contact with others now is working.”

Prior to the pandemic, Goldberg’s priority was creating ways to improve the mental health of the students in her district. Now, she’s in overdrive.

“I can’t tell you how valuable this is if you’ve tried to get into therapy yourself, or tried to get therapy for your child,” Goldberg said, “You can be waiting for months. We’re not built to live in isolation. And if you think about somebody who’s 12, and if you think about the last two years, and it’s a huge chunk of their lives that has been spent in isolation, not only our system, but our culture has a really long way to go on destigmatizing mental health. If you have a broken leg, there’s no shame in getting treatment, and if you have anxiety, depression, or some other mental health concern, it should be the same.”

For more information about coordinated care services being offered to schools by Onondaga County, cick here, or the BIMAS program at North Syracuse, click here.

Read more about us here
Contact us: forthegoodinc@gmail.com
FOLLOW US
For The Good Inc. | Utica Phoenix
MORE STORIES
Politics