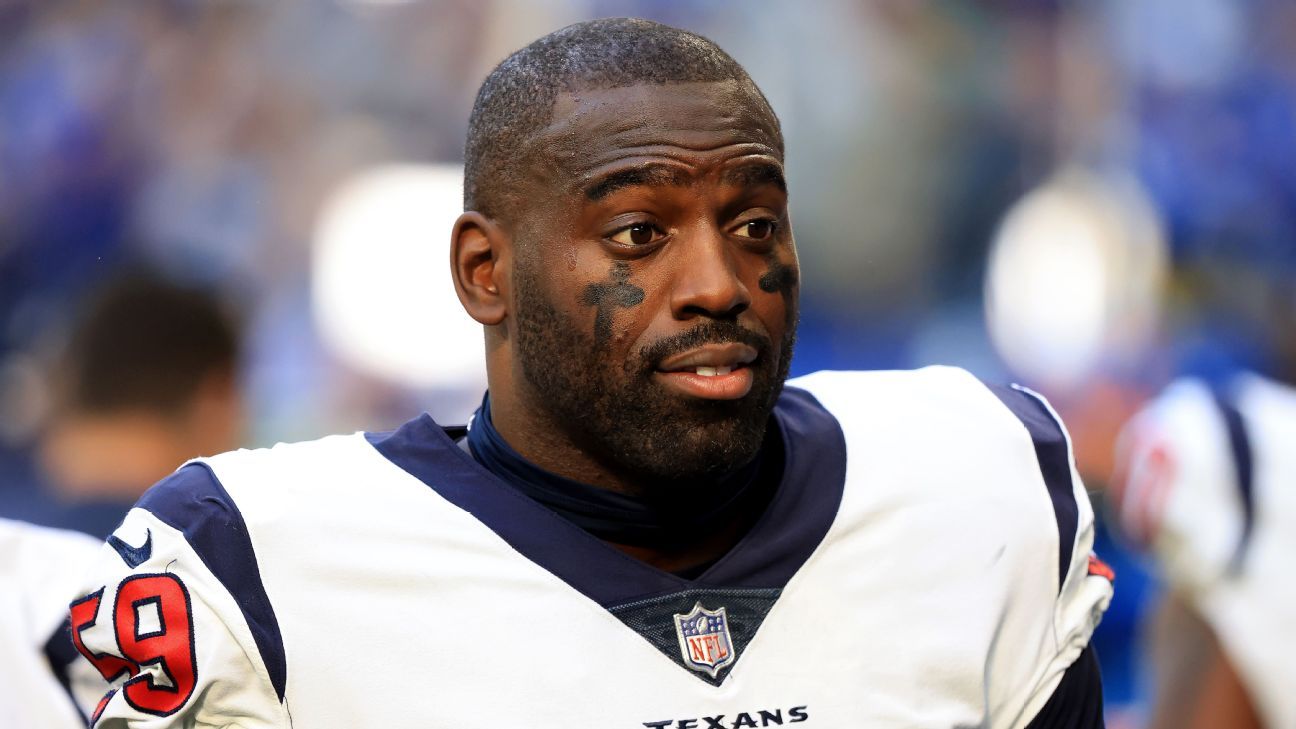 The Texans drafted Mercilus in the first round in 2012, but this was his first year in Lovie Smith’s defense, which saw him move from outside linebacker to defensive end.

In March, the 31-year-old Mercilus restructured his four-year, $54 million contract, making him a free agent after this season.

Last month, Mercilus said the transition in the Texans’ new defense has “been a little different.”

“Now it’s like my keys are shortened down to just reading tackles and tight ends and pre-snap reads, so I can’t see anything that’s post-snap or when motions happen, stuff like that, to get a beat on what might happen, things like that,” Mercilus said. “It’s just reading my keys more so and locking in on that, and just letting instinct take over.”

In six games for Houston this season, Mercilus has three sacks, four tackles for a loss, three quarterback hits and 12 tackles.

His 57 sacks in 10 seasons for the Texans rank second in franchise history behind J.J. Watt, who had 101 sacks with Houston. The news was first reported by SportsTalk 790.

The Texans also released return specialist Andre Roberts, who signed a two-year, $5.5 million contract in March, a source confirmed to ESPN. In six games, Roberts, in his 12th NFL season, averaged 4.1 yards on punt returns and 21.4 yards on kickoff returns.

Roberts is expected to be replaced by cornerback Tremon Smith on kick returns and cornerback Desmond King on punt returns.