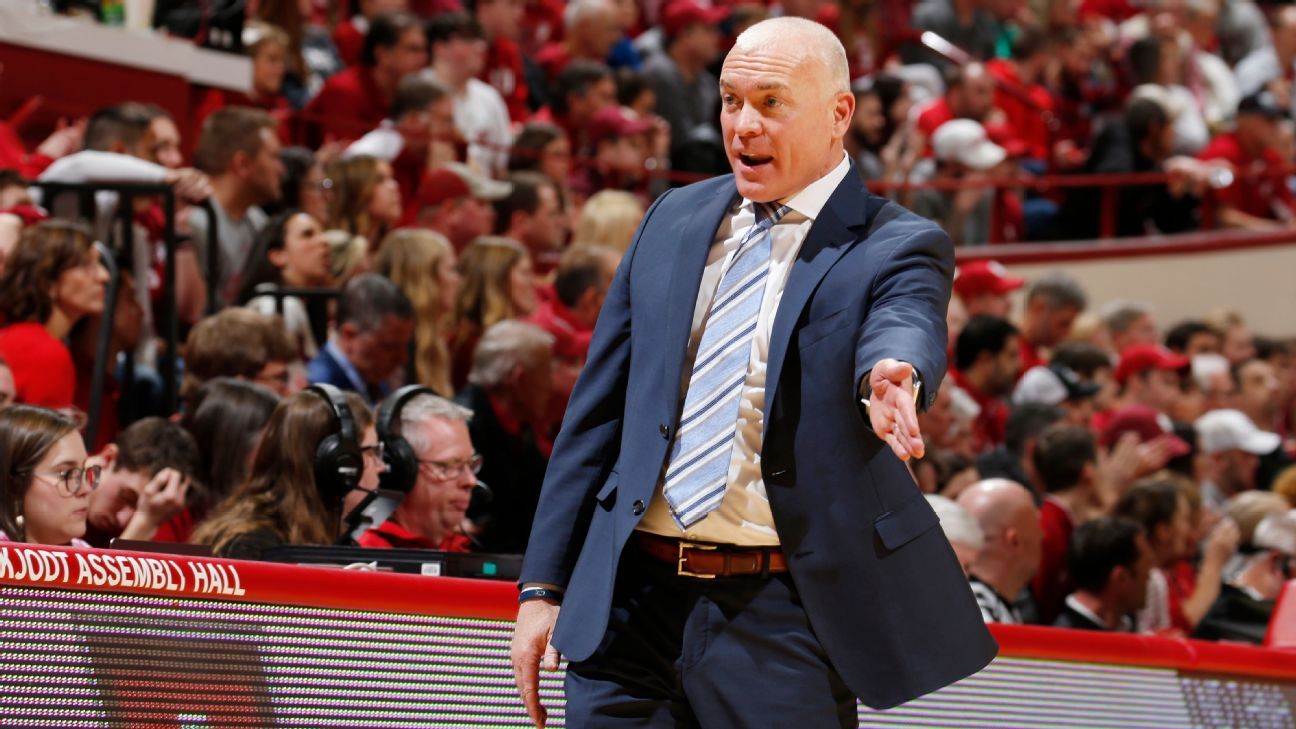 In a statement, Penn State said new allegations surfaced after The Undefeated reported in July that Rasir Bolton — who transferred from Penn State to Iowa State in the summer of 2019 — said he decided to leave the Nittany Lions because Chambers made a reference to a noose around Bolton’s neck.

Bolton told The Undefeated that he recalled Chambers saying, “I want to be a stress reliever for you. You can talk to me about anything. I need to get some of this pressure off you. I want to loosen the noose that’s around your neck.”

“The new allegations surfaced shortly after The Undefeated’s article and a review was conducted jointly by Penn State’s Affirmative Action and Athletics Integrity offices,” Penn State said in its statement.

Chambers said in a statement provided to ESPN that he made the decision to take “a break to re-set and chart our path forward.”

Athletic director Sandy Barbour said that accepting Chambers’ resignation is “in the best interest of Penn State, our program and our student-athletes.” Barbour said the school received the results of the investigation within the past two weeks and that the new allegation was previously unknown to the school and was unrelated to the incident Bolton detailed to The Undefeated.

Although Barbour would not provide any details related to the new allegation, she said no NCAA rules violations were involved.

“I am so proud of all our program has accomplished these past nine years, and I will be forever grateful to the Penn State community for its ongoing support,” Chambers said in his statement. “Anyone who has ever coached — especially at this level — knows the exceptional amount of energy and focus it takes to deliver each and every day. This has been an incredibly difficult year for me and my family, and we are in need of a break to re-set and chart our path forward. So, I’m taking a step back to prepare myself for the next 20 years.”

In a Twitter post after The Undefeated story was published, Bolton said Chambers never apologized for his word choice.

“He said he was from the north and wasn’t aware,” Bolton said in the post.

“A noose; symbolic of lynching, defined as one of the most powerful symbols directed at African Americans invoking the history of lynching, slavery and racial terrorism,” Bolton said. “Due to other interactions with Coach, I knew this was no slip of the tongue.”

Chambers issued a statement of apology to Bolton following publication of The Undefeated’s story.

“I’ve realized the pain my words and ignorance caused Rasir Bolton and his family and I apologize to Rasir and the Bolton family for what I said,” Chambers said. “I failed to comprehend the experiences of others, and the reference I made was hurtful, insensitive and unacceptable. I cannot apologize enough for what I said, and I will carry that forever.”

Ray Bolton, the father of Rasir Bolton, said there are “no real winners” after Chambers’ resignation. But he hopes his son’s willingness to speak up will encourage real change throughout the sport.

Ray Bolton said his son received hate mail, via his direct messages on social media, after Chambers announced his resignation, but that the Cyclones guard has a sense of relief after publicizing his allegations months ago, knowing it “wasn’t a witch hunt but the truth.” He said anyone who questioned the severity of Chambers’ “noose” comment can’t use the word in a “positive connotation.”

Overall, Ray Bolton said he and his family want coaches to learn from his family’s experience.

“I would hope that this is more of an anomaly,” he said. “I would hope coaches see this and make this an anomaly. These athletes are more than assets. They’re human beings.”

Assistant coach Jim Ferry will serve as Penn State’s interim head coach for the 2020-21 season. Barbour said the school will conduct a national search before naming a full-time successor.