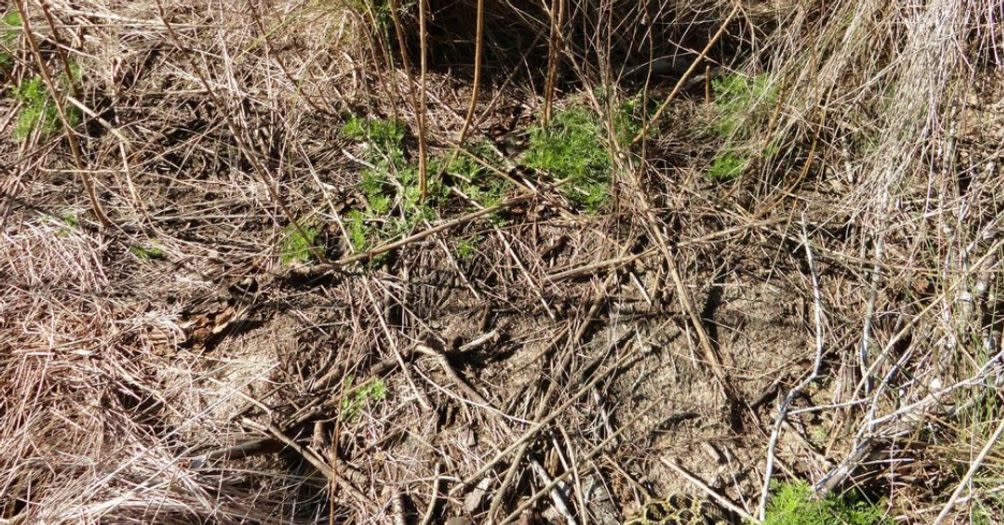 The Georgia Department of Natural Resources found a cool way to engage with followers on its Facebook page Monday, challenging them to spot a camouflaged “venomous critter” in a photograph — and then identify the species for bonus points. (See the photo below.)

More than 400 people took their shot, and many were correct. The department’s Wildlife Resources Division also offered some substantial hints:

“In Georgia, they can be found south of the Fall Line in the Coastal Plain,” the division wrote in the post. “They are known to reach 78 inches (6.5 feet), and there are unsubstantiated reports of them growing to just over 8 feet.”

Check out the full photo here, take a guess, and then see the answer below:

Photographer Berkeley Boone told HuffPost that he took the picture years ago on an island off the coast of Georgia.

“The snake did not react, aside from some tongue flicking ― as I’m sure you know, that’s how they smell,” he wrote in an email on Tuesday. “It was early in the morning, and the snake was found in situ, curled up in that position to warm up for the day.”

Here’s a photo of an eastern diamondback in a position you would not want to encounter it in:

The toxins in their venom kill red blood cells, cause tissue damage and can be fatal to humans, according to the Smithsonian. But deaths are rare because of the availability of antivenom.

And as you can (or can’t) see above, that snake sure knows how to blend in, too.

This article originally appeared on HuffPost and has been updated.

Clinton Square ice rink in Syracuse open for the season

Polo G’s ‘Momager,’ Stacia Mac, on How ‘Rapstar’ Really Did

TikTok Star Terrell Davis Talks New-Age Spiritualism And Being The

Nevada man accused of assaulting officers at US Capitol riot