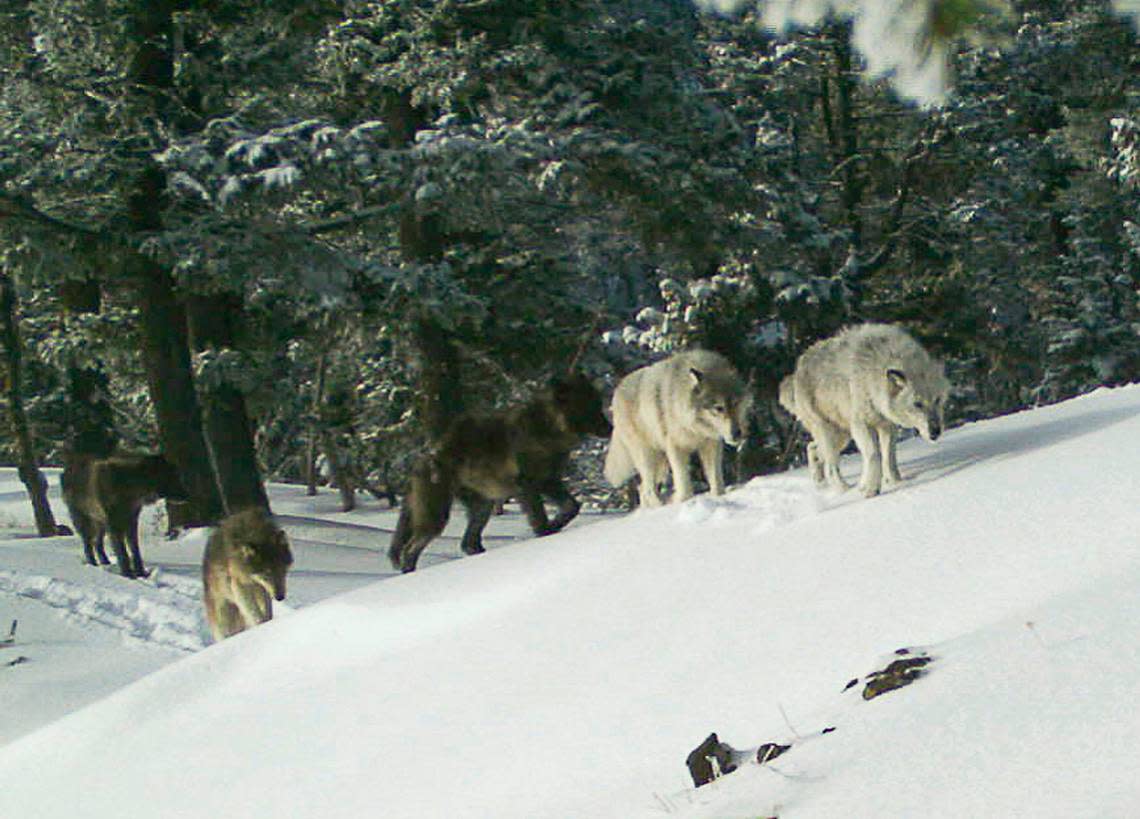 At least 8 wolves, including an entire wolf pack, have been fatally poisoned in Oregon over the last year, and investigators are struggling to find whoever is responsible.

In a Dec. 2 release, the OSP said it is “seeking public assistance in locating the person or persons” behind the poisonings.

The situation began in early 2021.

In eastern Oregon, on Feb. 9, troopers with the OSP’s Fish and Wildlife Division went to investigate a collared gray wolf presumed dead by wildlife officials tracking the animal, according to the release. They presumed correctly.

Troopers found the wolf, along with two other males and two females — all five members of the Catherine Pack — laying lifeless in the snow. The pack died in Union County, southeast of Mount Harris, the release said.

The wolves were found poisoned to death in Union County, Oregon.

Police combed the area for evidence and a dead magpie bird was also taken in as evidence, and shipped off to a U.S. Fish and Wildlife Forensics lab in Ashland, to figure out what killed them.

One month later, troopers were back in the vicinity. Another wolf’s collar was “emitting a mortality signal in the same general location” the release said.

This wolf, a member of the Keating Pack, died alone except for a skunk and a magpie found “very close to the scene.”

As the snow melted in the following days, more evidence was revealed: evidence of poisoning.

By April, the lab results were in. All the animals died from poison, according to the release.

Two more gray wolves would be killed in Union County. A male, in April near Elgin. And then in July, a young female, close to La Grande — the same area the Catherine Pack was killed.

Different kinds of poison were used in those two most recent killings, officials said.

However, “based upon the type of poison and locations, it was determined the death of the young female wolf may be related to the earlier six poisonings.”

At the end of 2020, there were an estimated 173 wolves in Oregon and 22 wolf packs, according to the state Department of Fish and Wildlife.

Anyone with information regarding the poisonings is encouraged to call the OSP hotline at 1-800-452-7888.

Watch bear walk right into 7-Eleven in California. ‘He just wanted a Slurpee’

Nikki Haley says Biden should ‘step down and take Kamala