Darnold: Want to be ‘Jet for life,’ but not my 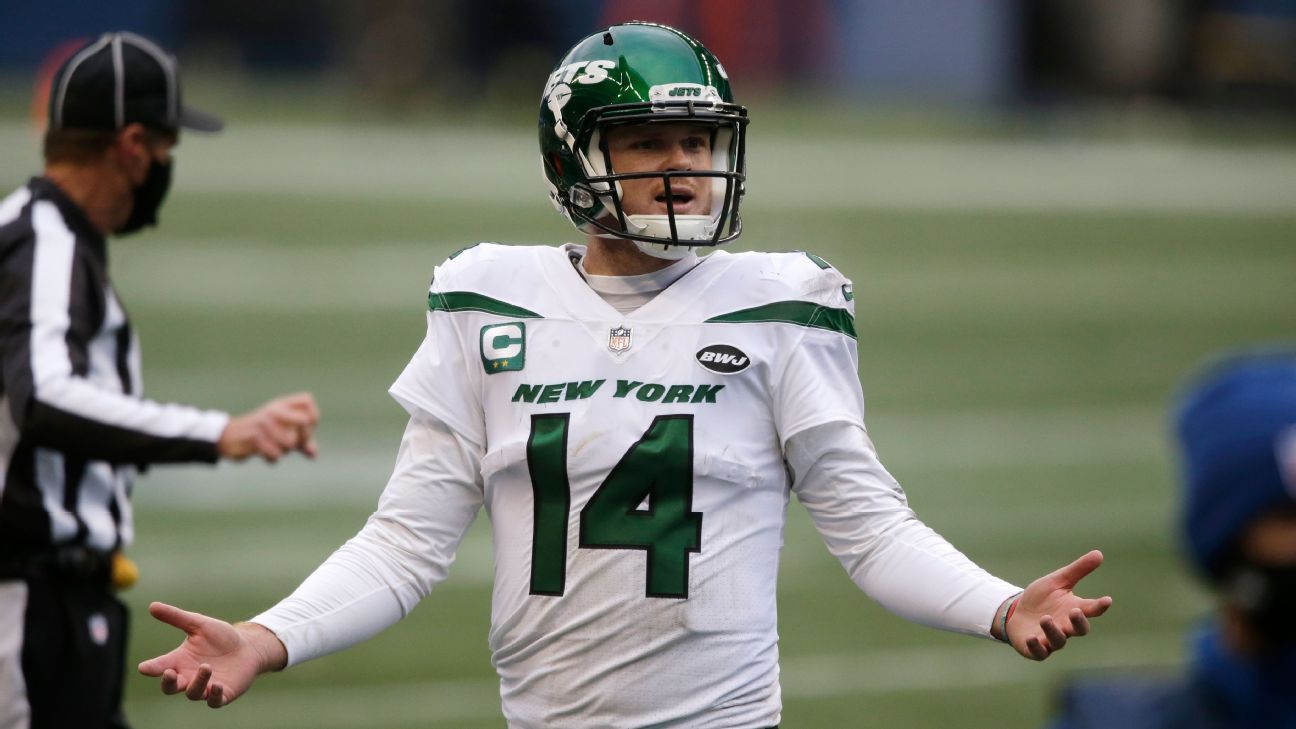 FLORHAM PARK, N.J. — As he prepares for the final three games of the season — and perhaps his New York Jets career — Sam Darnold said Monday that he still envisions himself as the franchise’s long-term solution at quarterback.

Despite his personal struggles and the team’s 0-13 record, Darnold said he has no desire for a fresh start with another team.

“I love it here,” he said. “I love the people, I love living here. I’ve always said I want to be a Jet for life, but that decision isn’t necessarily up to me. But that’s how I feel.”

As much as Darnold wants to stay, the likelihood is he will be replaced by a high draft pick. The Jets already have clinched a top-three pick in the 2021 NFL draft. With the current worst record, they have a 74% chance of securing the No. 1 pick, according to ESPN’s Football Power Index. That could mean Clemson quarterback Trevor Lawrence, the presumptive top pick.

Darnold has heard the growing speculation about Lawrence and other top prospects, but he still believes he’s the right quarterback to lead the Jets back to respectability.

“Yeah, I do,” he said. “I believe in myself as a quarterback. Obviously, that decision isn’t up to me, but I’m always going to believe in myself. I have the utmost confidence in myself to go out there and play good football on Sundays.”

Darnold hasn’t enjoyed any good Sundays this season. He’s 0-9 as the starter and is ranked 32nd out of 33 qualifying quarterbacks in Total QBR (36.5). The only quarterback with a lower QBR is Alex Smith (35.4) of the Washington Football Team.

“I’m not worried about speculation or what others are saying outside our locker room,” said Darnold, who has yet to pass for more than 230 yards in a game. “For me, I’m worried about playing good football down the stretch.”

Darnold has one year remaining on his rookie contract ($9.8 million cap charge). By May, the Jets must make a decision on his fifth-year option for 2022 — an estimated $25 million, fully guaranteed. That amount appears prohibitive, based on how he has performed.

By the draft in late April, the Jets will know where they stand at the position. If they decide to draft a quarterback, they almost certainly would try to trade Darnold, whom they drafted third overall in 2018.

Darnold had another lackluster game Sunday in the Jets’ 40-3 loss to the Seattle Seahawks, the most lopsided defeat in 29 games under coach Adam Gase. He passed for only 132 yards and the offense failed to score a touchdown for the fourth time.

Gase was supportive of Darnold, saying that Sunday’s loss can’t be blamed on the quarterback. He said there were too many breakdowns around him. Gase also dismissed the idea of putting Darnold on the bench to give him a mental break.

“This is the tough part of our profession,” Gase said. “These are things sometimes you have to go through as a player, especially as a quarterback. You have to find a way to help your guys get better and find a way to put points on the board, find ways to move the football.

“I don’t think him stepping away is going to be helpful. I think he’s got to keep pushing, keep fighting through. We’ve got to get all our guys to rally around him, especially offensively, and do things better as a group.”