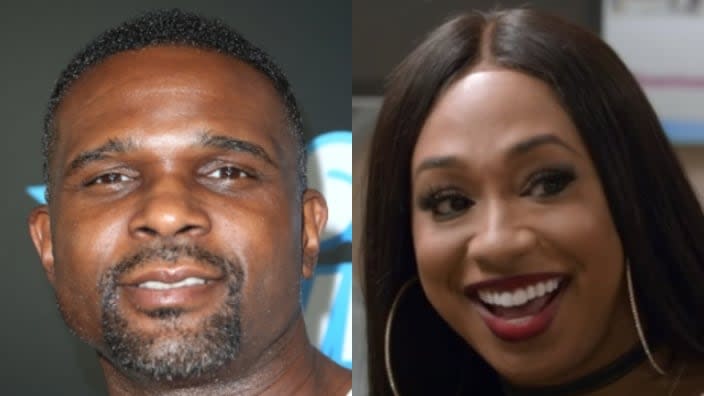 “If I wasn’t with my mama, I would really be saying this a whole other way,” McCrary responded. “Stop running with these rumors.”

In a now-deleted story posted to The Shade Room, transgender Love & HipHop star Sidney Starr claimed that she and actor Darius McCrary have been dating since February.

Starr first posted a story of the two at a photo shoot earlier this week. In the caption, she wrote, “Here standing next to me is a seasoned legend Actor in this entertainment industry,” while tagging McCrary.

“A Black heterosexual male actor who’s standing aside a controversial transgender woman like myself. We are great friends… and this is a powerful movement we have made to let this be a lesson to the WORLD that we are all human! No matter what!!!”

McCrary replied to the post, writing, “I stand w/my family and that’s all that #matters.”

In another post, a video, Starr wrote Monday, “We both are just built special!!!!! 2 hardworking celebrities in the industry!!!!!!! Eddie Winslow, we love you!!!! @dariusmccrary ! We hear y’all talking !!! #transisbeautiful #familymatters.”

A post from The Jasmine Brand implied that the two are dating. “Sidney Star & Eddie Winslow (aka Darius Mccrary) are giving some PDA,” it read. “According to @theshaderoom the trans reality star and actor have been dating since February.”

But in another video posted on Instagram Monday, McCrary was spotted having dinner with his Family Matters “mother,” actress Jo Marie Payton, and in it, he says “…Listen y’all, when y’all are discussing these rumors that are not true, we eating.”

He also asked his detractors, “What, are we in high school? You gonna tell me who I can be friends with, who I can’t hang out with? I am a grown man, I’m really five years away from 50, so if I wasn’t with my mama, I would really be saying this a whole other way, but I am with my mama. Stop running with these rumors.”

“And I think that my fiancée would really have something different to say,” McCrary contended. “That’s what y’all should really be focusing on — where that ring is.”

McCrary and his reps have said Starr’s posts are a “desperate” attempt to propel the transgender reality star back into the spotlight.

In a statement to The Shade Room, a representative of the actor wrote, “McCrary has kept an amicable friendship with Starr, who has been persistent with creating fake storylines and relationships with our client in a sad attempt to get back on Love & Hip Hop: New York.”

Meanwhile, Starr has since posted another image of herself and McCrary in her Instagram story, noting, “I’m always the villain, huh? WTF!”

Have you subscribed to theGrio podcasts “Dear Culture” or “Acting Up?” Download our newest episodes now!
TheGrio is now on Apple TV, Amazon Fire and Roku. Download theGrio.com today!