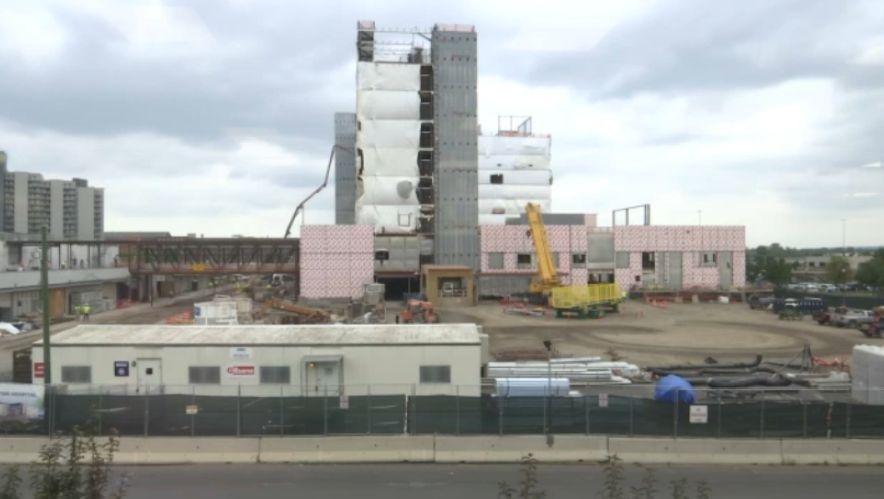 Downtown Utica is pretty busy lately, and in a few years, it may get busier as the new Wynn Hospital goes up.

“At this point about 38% of the project is complete,” said the Mohawk Valley Executive Vice President of Real Estate and Facilities Bob Scholefield.

Mohawk Valley Health System Executive Vice President of Real Estate and Facilities Bob Scholefield says on an average day there are about 250 to 275 workers on-site.

“The problem now is the supply availability. We still are finding some things are hard to get from the manufacturing plants, had some long lead times,” said Scholefield.

However, Scholefield says it hasn’t set the project’s completion date back. That date is less than two years away.

Scholefield says staff are preparing for the day when patients from those hospitals will be moved.

“We will not phase out the closing of our existing facilities,” Scholefield said. “We will set a date certain for closure of those facilities, move those patients to the new facility. And then secure the buildings going forward elsewhere we’re gonna run just one hospital.”

The Wynn Hospital is expected to be complete in July 2023.

MVHS leaders say they’re working with the county and city to make sure there’s enough parking to accommodate the new hospital.

Last month Utica’s mayor announced a proposal to sell the Kennedy Parking Garage to outside developers.

Massachusetts man gets new heart and gifted ‘get well’ card

In America’s gun violence ‘epidemic,’ Oxford High in Michigan is

Why the government is constantly on the verge of shutting

Second Omicron Case in U