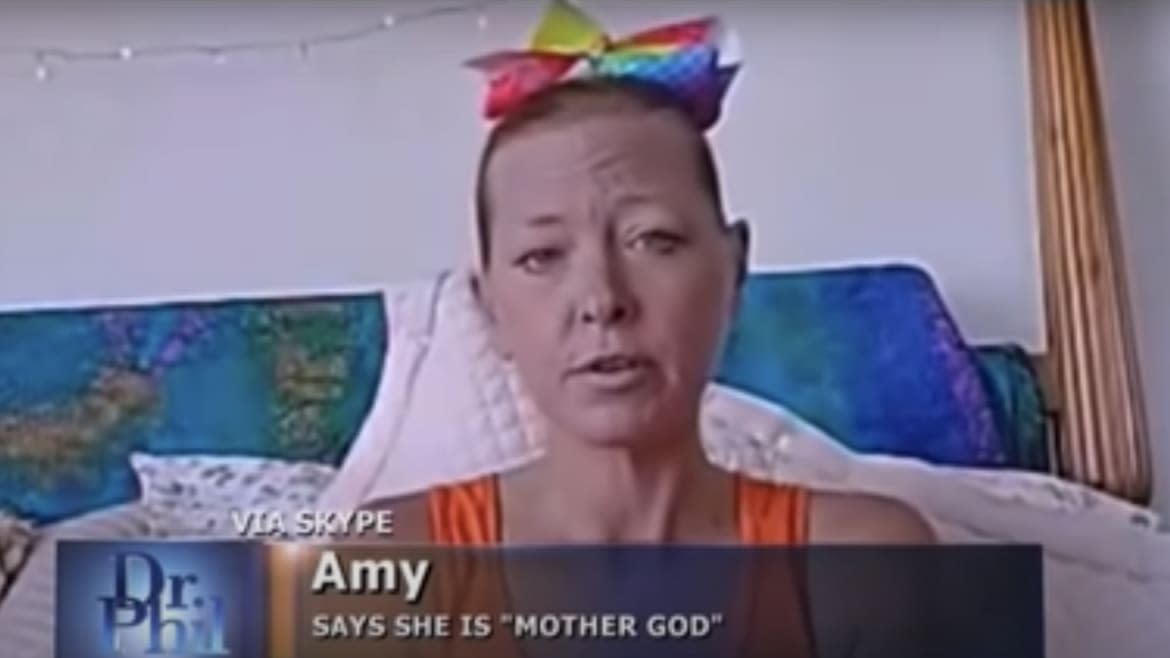 Amy Carlson, the leader of a New Age sect known as Love Has Won, died due to a decline brought on by alcohol abuse, anorexia, and dosing colloidal silver, according to an autopsy report from the El Paso County Coroner’s Office in Colorado.

Mystery initially shrouded Carlson’s death after her mummified body was discovered in April in a green sleeping bag with its eyes missing in a home in Crestone, Colorado, arrest affidavits revealed at the time. Police had raided the home after being alerted by a member of the group who said Carlson’s body had been transported to a mobile home that served as the group’s headquarters from across the country.

Several members of Love Has Won, who referred to Carlson as “Mother God,” were taken into custody after her body, which had been decomposing for roughly one month, was found. In interviews with law enforcement, the group claimed Carlson was not dead but was simply “out of communication.”

But, in a report obtained by The Guru Magazine, Dr. Emily Russell ruled that Carlson “died as a result of global decline in the setting of alcohol abuse, anorexia, and chronic colloidal silver ingestion.”

Corporal Steve Hanson of the Saguache County Sheriff’s Office previously said that investigators found human remains with “what appears to be glitter type makeup on around the eyes.”

While conducting an external examination, Russell similarly remarked on the body’s missing eyes, which she said were “not appreciated secondary to decomposition,” but showed no evidence of trauma.

At a mere 75 lbs., Carlson had a tie-dye fleece shawl draped around her bony shoulders and a faux-fur scarf and bandana cradling the blue-gray skin around her neck, Russell wrote.

The 45-year-old wore two pairs of socks and donned a gold-colored headband encrusted with blue and green stones, several chains, and a pendant necklace, the report stated. A red scrunchie swept back her reddish-brown hair and she wore grey cotton pants with a “diaper containing red purge-type fluid,” the report states.

County coroner Tom Perrin told The Daily Beast in May that there was nothing to indicate her death was caused by foul play. In July he told the Denver Post that autopsy results had been delayed due to challenges finding a lab that could test Carlson’s body for metals.

Her body was found accompanied by “eight small brown bottles with medicine droppers that were colorfully labeled,” which were retained as evidence and detailed contents of various metals, including colloidal titanium, gold, and silver, among others. Love Has Won, which has previously been described by ex-followers and law enforcement as a “cult,” had also hawked colloidal metals for treating compulsive behaviors.

‘Mummified’ Cultist’s Corpse Found With Glitter Makeup but No Eyes

Carolina Noble, a forensic toxicologist at a Pennsylvania lab, said after conducting a test on Carlson’s liver tissue on Nov. 16, that silver was present in her body. She had 470 mcg/g—more than six times the daily average intake (70 mcg) from the environment and diet of an American adult, according to the report.

A toxicology report further revealed the presence of ethanol and acetaminophen and her fluids tested positive for chemicals found in cannabis and tobacco, as well as opiates, including hydrocodone and hydromorphone.

Andrew Profaci, a former member who left the group five years ago, previously told The Daily Beast that she “drank ten shots of vodka a night,” losing her cognitive abilities to the point that she “would fall and walk into walls.”

In September 2020, Carlson told the Dr. Phil show she had advanced cancer. After reviewing her organs, the coroner said that one lobe of Carlson’s thyroid gland contained a nodule “containing clear brown gelatinous fluid,” that she said was “grossly consistent with a colloid,” but found “no evidence” of metastatic cancer.

How anti-gun trafficking laws could be strengthened in New York

How anti-gun trafficking laws could be strengthened in New York