Anderson has answered the call for CBA all season 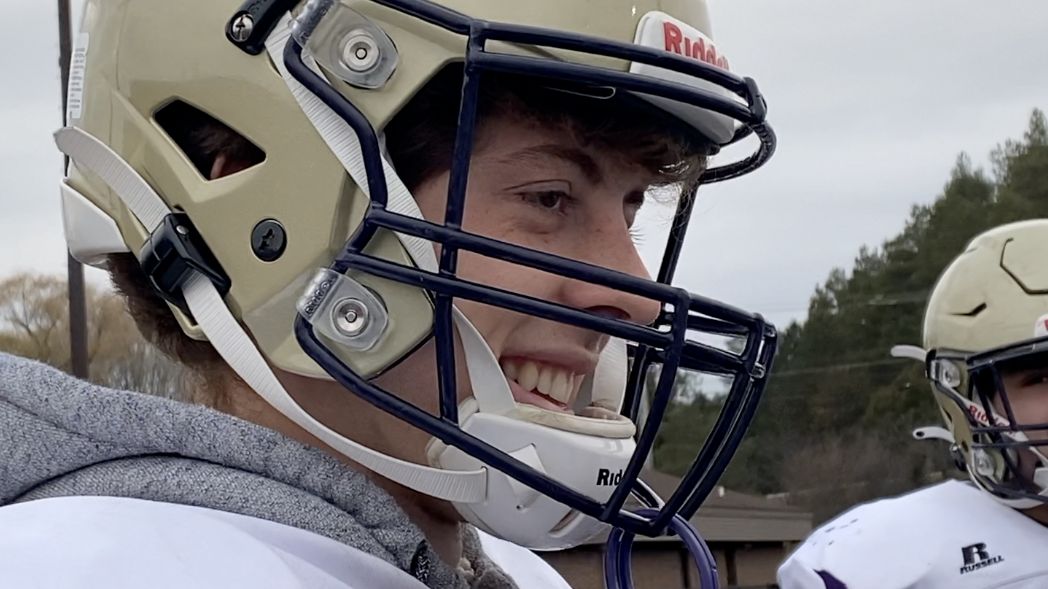 The Cinderella story of the state football tournament belongs to CBA, a squad that went from losing three consecutive games in October to being a win away from being crowned kings of Class A.

CBA is getting ready for the biggest game of their lives. The Brothers went from being a six seed in sectionals to a state title finalist, and Dan Anderson is a big reason why.

But what’s interesting is he almost didn’t even lace up his cleats this year.

Winning follows Anderson wherever he goes.

On the court, he has led the Brothers to 26 straight wins. On the lax turf, he has 81 points in two seasons. That caught the attention of Denver, which is where he’ll play Division I lacrosse.

On the football field, he has seven touchdowns. That’s impressive in itself, but even more because Anderson hasn’t played competitive football since eighth grade.

“For my senior year, I wanted to come back and have fun with my friends one last time. They were kind of just, the whole summer, telling me to play, so I gave in,” Anderson said.

This season sort of came on a whim.

He called Casey Brown a week before the start of practice.

The rest is history.

Anderson plays running back, wide receiver and defensive back.

“I couldn’t really see what I was going to. I kind of trusted the coaches to put me in the right spot and they did that, and it’s all working out right now,” Anderson said.

“There is no ego with Dan. He just wants to help his teammates the best that he can,” Brown said.

His multiple roles might get a little tiring, no?

“I’ll take being tired and sore for all the memories I’m making out there with my friends,” Anderson said. “This is definitely one of the best decisions I’ve made.”

A state title would be icing on the cake.

“With the group of people on this team, there is not another group of kids I’d want to do it with. Just to make history and win a state championship, I can’t even imagine what I’d feel after that. I’m excited for it,” Anderson said.