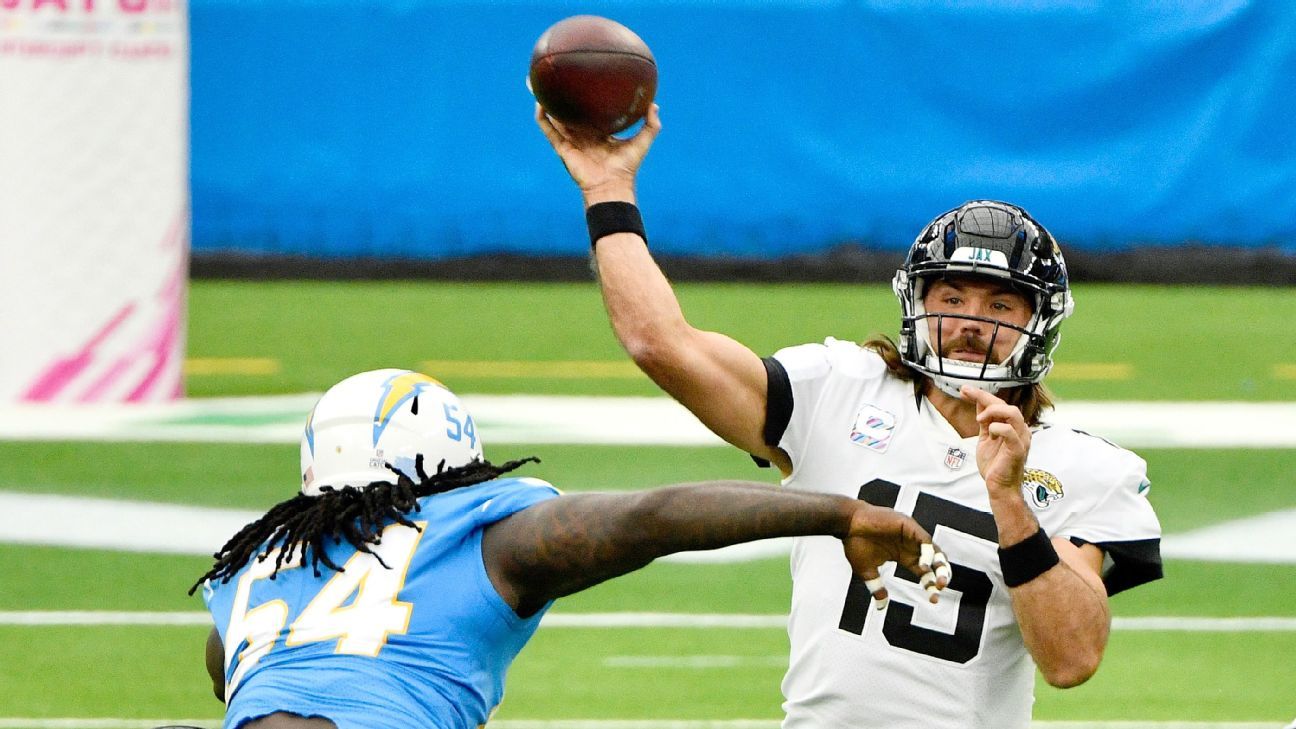 JACKSONVILLE, Fla. — Gardner Minshew is back as the Jacksonville Jaguars‘ starting quarterback. Whether he holds onto the job for more than a week depends on how well he plays, beginning with Sunday’s game at Baltimore.

The Jaguars (1-12) have lost 12 games in a row, and coach Doug Marrone said he’s going to do whatever it takes to snap that streak and win the remaining three games.

“I told those guys you’ve got to be ready,” Marrone said. “If someone gets in there and is playing well, hey, that’s great, right? That means things are going well and we’ve got a chance to win a football game. If you go in there and you’re struggling to a certain extent where you’re not able to come back from them, then we’ve got to do something there. But that’s not the only position that we’ve talked about where we’ve got to do [something] to help ourselves.

“Hey, am I looking to make a quick hook? Obviously not. I want someone to go in there and give us a chance to win and get the guys around them to play better. That was my main focus when I spoke to those quarterbacks today.”

Marrone benched Mike Glennon midway through the third quarter of Sunday’s eventual 31-10 loss to Tennessee. The Jaguars had just five first downs and 99 yards of total offense in Glennon’s seven drives, the last of which ended with an interception while he was trying to hit receiver DJ Chark deep in the middle of the field.

The Jaguars rolled up 15 first downs and 255 yards with Minshew, though the Titans were playing soft coverages with a 21-point lead. Minshew finished with 178 yards and a touchdown.

Sunday will be Minshew’s first start since the Jaguars’ 39-29 loss to the Los Angeles Chargers on Oct. 25. He told the team after the game that he had suffered a thumb injury in the Oct. 11 game against Houston but had hidden the injury for two weeks.

Rookie Jake Luton and Glennon started the next six games.

A pair of unbeatens in the Group of 5 face