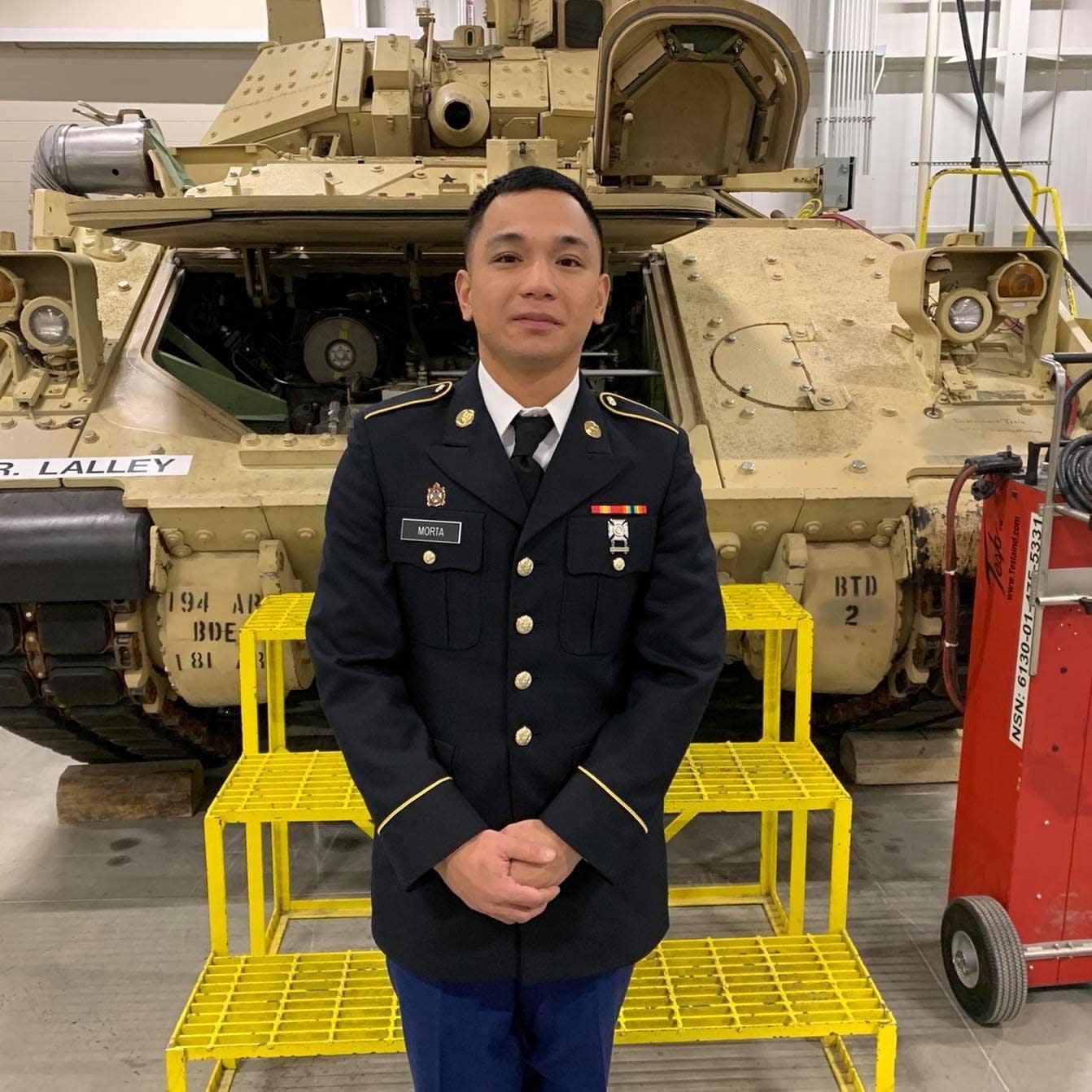 AUSTIN, Texas – Army officials at Fort Hood on Tuesday released the name of another soldier from the post who died after he was found unresponsive last week near a lake.

Pvt. Mejhor Morta, 26, of Pensacola, Florida, is one of at least four Fort Hood soldiers whose bodies were found near the post this year.

Fort Hood officials said in a statement Tuesday that the soldier was found Friday in the vicinity of Stillhouse Lake, about 20 miles from Killeen in Bell County.

Authorities did not describe the circumstances surrounding the death or say whether foul play was suspected.

“As we all know, our soldiers are not safe at Fort Hood,” said Natalie Khawam, an attorney for the family of another Fort Hood solider found dead earlier this year, after learning of Morta’s death.

Pvt. Mejhor Morta, 26, of Pensacola, Florida, is one of at least four Fort Hood soldiers whose bodies were found near the post this year.

“Unfortunately, this U.S. soldier’s death is consistent with our concerns: that these soldiers are living on a dangerous base and are being threatened if they speak up. Enough is enough,” Khawam said.

Khawam represents the family of Spc. Vanessa Guillen, 20, who authorities say was killed by fellow soldier Spc. Aaron David Robinson in April. Guillen’s body was also found in Bell County in late June, nearly three months after she was last heard from while working inside an armory room at Fort Hood.

Guillen’s case has garnered national attention after her family called  for a congressional investigation into the U.S. Army’s handling of the case.

Ten weeks: A timeline of the search for Vanessa Guillen

Investigators say Robinson beat Guillen to death with a hammer the morning of April 22. Authorities accused Robinson’s girlfriend, Cecily Aguilar, 22, of Killeen of helping him dismember, burn and bury Guillen’s body about 20 miles from the post.

Robinson shot himself to death July 1 when authorities confronted him off the post, Killeen police said. Aguilar was charged in federal court with conspiracy to tamper with evidence.

The Army’s account of how Guillen died remains riddled with holes that investigators refuse to clarify, Khawam has said.

Army Sec. Ryan McCarthy ordered an independent review of the command climate at Fort Hood as Guillen’s death has also raised questions about the treatment of women and Hispanic service members.

The Army has said that within five days of Guillen’s disappearance, investigators had focused on Robinson as the primary suspect. But developing enough evidence to lock him up took months, senior Army criminal investigators said; Robinson fled his barracks last month as officials closed in.

A team of civilian searchers also say military investigators searching for Guillen’s body overlooked evidence that could have led to the discovery of her remains a week sooner.

Lt. Col. Neil Armstrong, commander of the 1st Battalion, 5th Cavalry Regiment, said in a statement Tuesday that his fellow soldiers are “truly heartbroken by the tragic loss.”

“I would like to send my heartfelt condolences to his family, friends and loved ones,” Armstrong said. “My thoughts and prayers are with them during this difficult time.”

On June 19, authorities found the skeletal remains of another Fort Hood soldier, Pvt. Gregory Morales, in a field in Killeen months after he went missing. They are investigating his death as a homicide.

Morales, who was also known as Gregory Wedel, was last seen in August 2019 driving his personal vehicle outside Fort Hood. He was to be discharged within days after his disappearance, the Army said.

Morales, 24, was an Oklahoma native who joined the Army in June 2015 as a motor transport operator. He had been assigned to the 1st Sustainment Brigade, 1st Cavalry Division since November 2016, Army officials said.

The death of Pfc. Brandon Scott Rosecrans, 27, was also being investigated as a homicide after he was found dead May 18 from a gunshot wound about 13 miles from the post, the Army Times reported.

Rosecrans was found with his orange 2016 Jeep Renegade on fire in Harker Heights, Texas, the Army Times reported.

From Kimberling City, Missouri, Rosecrans joined the Army in May 2018 and served as a quartermaster and chemical equipment repairer with the 3rd Armored Brigade Combat Team, 1st Cavalry Division, per the Army Times.

Maren Morris Looks Sultry In Lacy Outfit & Slays Performance Of ‘The Bones’ At...