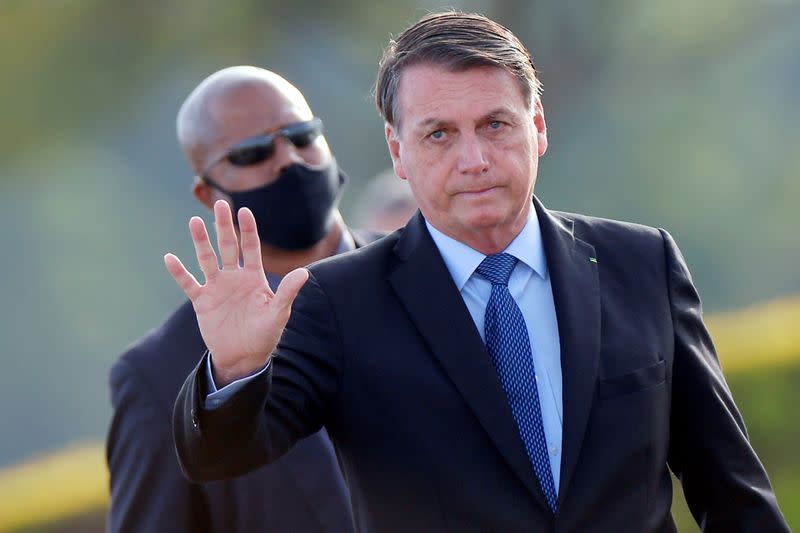 SAO PAULO (Reuters) – Brazilian President Jair Bolsonaro said on Wednesday he was “doing very well” after contracting the coronavirus, and credited an unproven drug for his mild symptoms.

Bolsonaro tested positive for COVID-19 on Tuesday, joining a small list of world leaders who have caught the disease. But the diagnosis looks to have done little to alter the 65-year-old former army captain’s view of the illness, which he has dismissed in the past as just “a little flu.”

On Tuesday evening, Bolsonaro said he was already feeling much better as he took what he described as his third dose of hydroxychloroquine.

There is little scientific evidence supporting the efficacy of the anti-malarial to treat COVID-19 but Bolsonaro, like U.S. counterpart Donald Trump, has trumpeted it as a potential cure.

“To those who root against hydroxychloroquine but don’t present alternatives, I hate to say I’m doing very well using it and, thank God, I will still live much longer,” Bolsonaro wrote in a Twitter post on Wednesday.

With 1.6 million confirmed cases, Brazil has the worst coronavirus outbreak outside the United States. The virus has killed more than 66,000 people in Latin America’s largest country.

Bolsonaro’s handling of the crisis has drawn criticism from public health experts as he fought state and city efforts to impose social distancing, arguing that the economic damage would be worse than the disease itself.

He has fired two health ministers during the pandemic, both trained doctors, and replaced them with an active-duty army general on an interim basis.