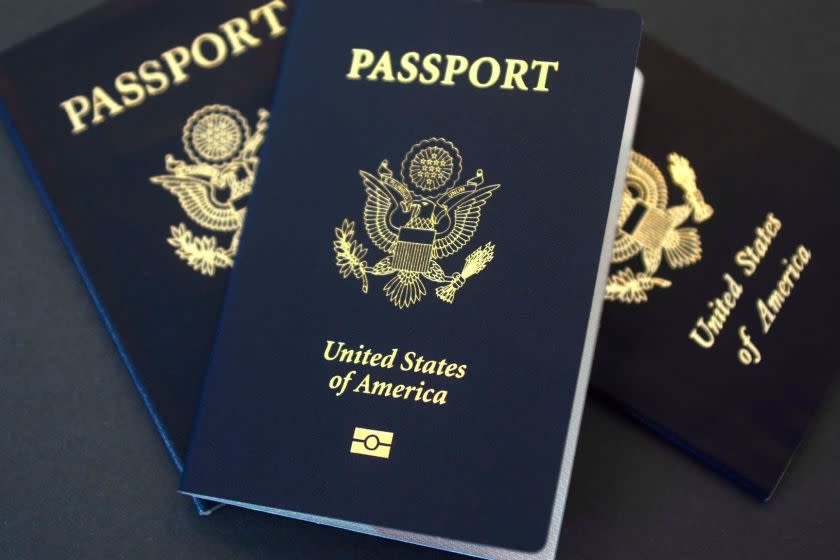 (Benny Snyder / Associated Press)” src=”https://s.yimg.com/ny/api/res/1.2/cSeY_FeqznMP__FQZqqLdQ–/YXBwaWQ9aGlnaGxhbmRlcjt3PTcwNTtoPTM5Ni45ODIxNDI4NTcxNDI4Mw–/https://media.zenfs.com/en/los_angeles_times_opinion_902/f81a16bd531f887ddcc3cad5db9247a4″ data-src=”https://s.yimg.com/ny/api/res/1.2/cSeY_FeqznMP__FQZqqLdQ–/YXBwaWQ9aGlnaGxhbmRlcjt3PTcwNTtoPTM5Ni45ODIxNDI4NTcxNDI4Mw–/https://media.zenfs.com/en/los_angeles_times_opinion_902/f81a16bd531f887ddcc3cad5db9247a4″ /> With the European Union moving toward reopening its external borders on July 1, travelers from the United States could be among those excluded over coronavirus concerns. (Benny Snyder / Associated Press)

To the editor: It’s all but certain that on July 1, Americans will be banned from entering the European Union. I commend those countries for placing the interests of their citizens ahead of economic concerns.

It’s too bad we can’t say the same for the Trump administration. The United States has had more than 120,000 deaths because of COVID-19, and we are approaching 2.5 million confirmed cases.

But for the acute level of presidential malfeasance, the aforementioned statistics would have been dramatically smaller, and many Americans would be preparing for their summer trips to Europe right now. The moral and intellectual bankruptcy of President Trump is there for anyone to see.

To the editor: We’re in the weeds of a pandemic, and we have no strategy in place to get us out. The European Union will soon say to us, “Stay home, Americans. We don’t want you here.”

Since we’ve won the prize of having the most infections and deaths on the planet, shouldn’t we rename this pathogen the “Trump virus”?

To the editor: The claim of the administration that it is not trying to slow down testing is obviously not true. In fact, it is doing so in an underhanded way by cutting federal funding for testing, knowing that state budgets are stretched to the limit.

At a time when the virus is roaring back, this is blatantly irresponsible and precisely what is causing the rest of the world to decide we are a nation not to be trusted and whose citizens cannot be allowed to cross their borders.

Damian Lillard does it again with 61 points as Blazers

From Ellen DeGeneres to Tom Hanks, QAnon Has Infiltrated the