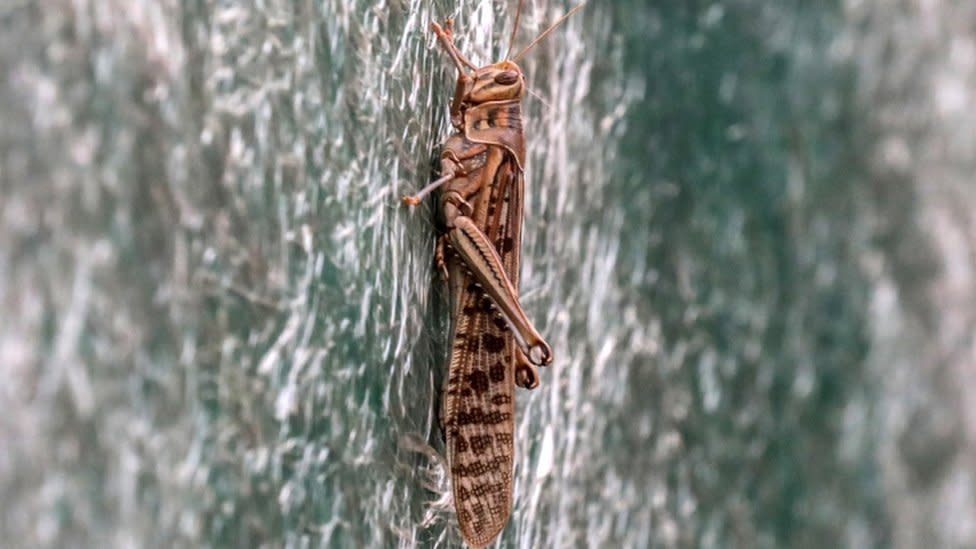 Infestations of locusts have been reported in several Indian states

Parts of the Indian capital, Delhi, have been placed on alert after a swarm of locusts invaded a suburban area.

Correspondents say it is the first time the suburb city of Gurgaon (Gurugram) has seen a locust invasion.

Footage on social media showed tens of thousands of the insects flying over buildings and landing on rooftops.

India is witnessing its worst locust invasion in decades. The swarms, which originate in the Horn of Africa, have devoured crops in several states.

On Saturday, Delhi environment minister Gopal Rai asked district authorities in the south and west of the city to remain on high alert, the Times of India reported.

Residents in Gurgaon were told to make loud noises with pots and pans or drums to try to drive the locusts away.

Pilots flying into and out of Delhi’s international airport, which borders Gurgaon, have been told to take extra care, according to ANI news agency.

Agriculture ministry official KL Gurjar said the swarm appeared to be headed towards the city of Palwal, south of Delhi.

“The swarms moved from west to east. They entered Gurugram around 11.30am,” he told PTI news agency.

If not controlled, desert locusts destroy food supplies and can cause famine.

According to the UN, the current infestations can be traced back to the cyclone season of 2018-19 that brought heavy rains to the Arabian Peninsula. That allowed at least three generations of “unprecedented breeding” that went undetected. Swarms have since spread out into East Africa, the Middle East and South Asia.