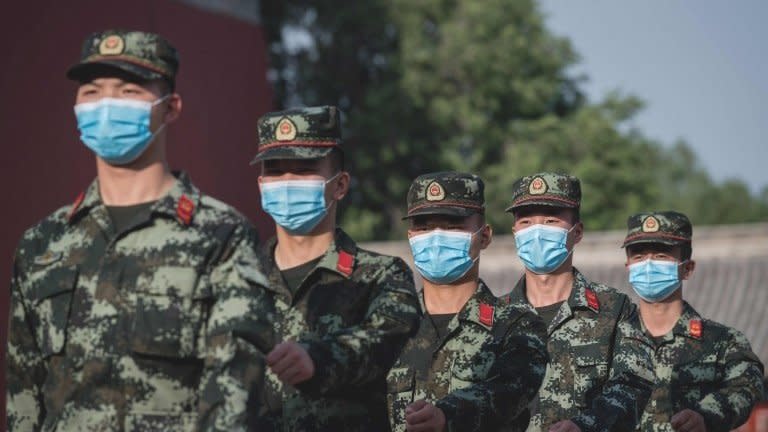 China has said it is moving 20 martial art trainers to the Tibetan plateau to train its forces.

No official reason for the decision has been given, but it comes after at least 20 Indian troops were killed in clashes with Chinese border forces.

Under an agreement dating back to 1996, neither side carries guns or explosives in the area.

China has not released any information about its casualties, while India says 76 of its soldiers were injured.

News of the army’s new martial arts trainers was reported by official Chinese news outlets on 20 June, according to Hong Kong media.

State broadcaster CCTV said 20 fighters from the Enbo Fight Club would be based in the Tibetan capital, Lhasa, although Chinese media had not confirmed they would be training troops on the border with India.

China and India – both nuclear powers – have exchanged blame over responsibility for the fighting in the Galwan river valley in Ladakhon on 15 June.

The area, with its harsh climate and high-altitude terrain, is close to Aksai Chin, a disputed area claimed by India but controlled by China.

The deaths during the fighting were the first fatalities in clashes between the two sides in almost half a century.

However, long-standing tensions between India and China over the Line of Actual Control (LAC), the poorly demarcated border between the two nuclear-armed powers, had risen again in the weeks leading up to the incident.