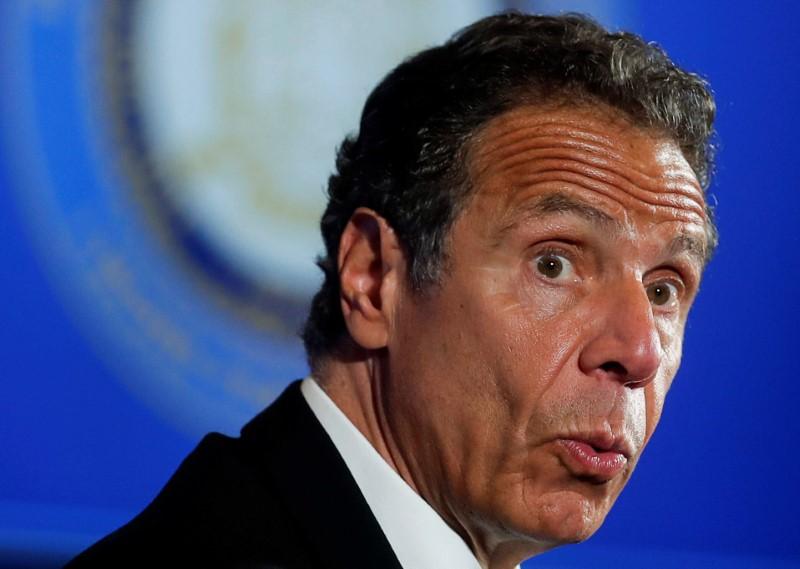 (Reuters) – New York Governor Andrew Cuomo said on Tuesday that New York City police failed in their duty to stop looting and other criminal activity during protests the previous night, and that the city’s mayor had refused help from the National Guard.

Cuomo, a Democrat, also chided U.S. President Donald Trump, a Republican, for his response to protests across the country, saying he was using his bully pulpit to focus on looters so that “he doesn’t have to talk about the killing” of George Floyd.

The governor said the New York City Police Department should be deploying a larger contingent of its 38,000 officers to counter looting and vandalizing, with damage reported across much of the city of 8 million people overnight.

Cuomo also told a briefing that Mayor Bill de Blasio was not grasping the enormity of the unrest triggered by the killing of Floyd, an unarmed black man who died last week after a white Minneapolis officer knelt on his neck for nearly 9 minutes.

“The NYPD and the mayor did not do their job last night,” said Cuomo, who has feuded with de Blasio in the past. “I believe the mayor underestimates the scope of the problem.”

Cuomo said he was “outraged” that looters went largely unchecked by the police. He said the NYPD, given its size and experience, should be able to handle the situation, but that 13,000 National Guard officers were on standby to help.

“It was rampant looting across the city last night that they did not stop and that was their job. That’s what they did wrong.”

Cuomo said Trump was attempting to blur the lines between legitimate protests and those engaged in criminal activity.

“He wants to say they are all looters,” Cuomo said. “That’s his political spin on all of this.”