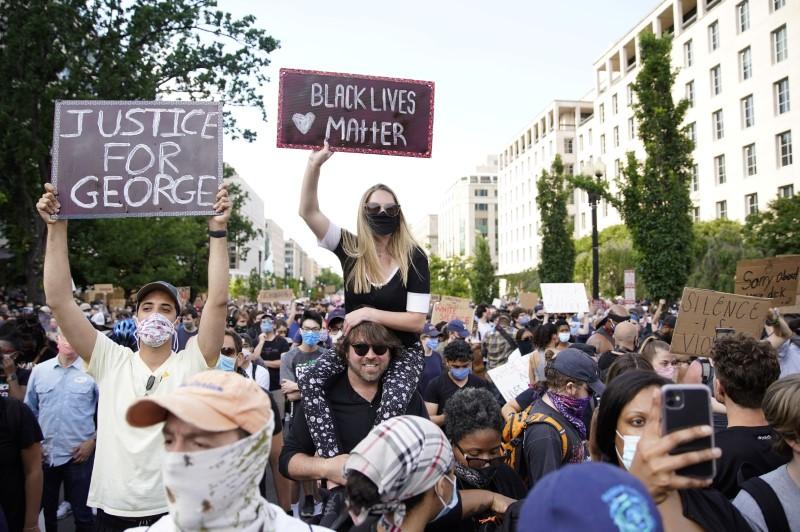 NEW YORK (Reuters) – A majority of Americans sympathize with nationwide protests over the death of an unarmed black man in police custody and disapprove of President Donald Trump’s response to the unrest, according to a Reuters/Ipsos poll released on Tuesday.

The demonstrations, some of which have turned violent, began last week after a Minneapolis police officer was videotaped kneeling on the neck of George Floyd for nearly nine minutes, even after Floyd appeared to lose consciousness. The officer has been charged with murder.

The survey conducted on Monday and Tuesday found 64% of American adults were “sympathetic to people who are out protesting right now,” while 27% said they were not and 9% were unsure.

The poll underscored the political risks for Trump, who has adopted a hardline approach to the protests and threatened to deploy the U.S. military to quell violent dissent. The Republican president faces Democrat Joe Biden in November’s election.

More than 55% of Americans said they disapproved of Trump’s handling of the protests, including 40% who “strongly” disapproved, while just one-third said they approved – lower than his overall job approval of 39%, the poll showed.

A separate Reuters/Ipsos poll found that Biden’s lead over Trump among registered voters expanded to 10 percentage points – the biggest margin since the former vice president became his party’s presumptive nominee in early April.

Twice as many independent voters said they disapproved of Trump’s response to the unrest. Even among Republicans, only 67% said they approved of the way he had responded, significantly lower than the 82% who liked his overall job performance.

Demonstrator hold signs during a protest against the death in Minneapolis police custody of George Floyd, in Washington, D.C., U.S., June 2, 2020. REUTERS/Eric Thayer

The protests have deepened the sense of crisis for a country already reeling from the coronavirus pandemic and the subsequent devastating economic downturn. While many daytime demonstrations have been peaceful, some have led to violent clashes at night between police and protesters.

Majorities of both Republicans and Democrats said they supported peaceful protests but believed property damage undermined the demonstrators’ cause. Less than one quarter of Americans said violence was an appropriate response.

Even in rural and suburban areas largely unaffected by the demonstrations, most people expressed support. A little more than half of rural residents said they were sympathetic to the protesters, while seven out of 10 suburbanites agreed.

Forty-seven percent of registered voters said they planned to support Biden in the Nov. 3 election, compared with 37% favoring Trump. Biden vowed not to “fan the flames of hate” in a speech on Tuesday about the unrest.

Public opinion could be particularly volatile as the protests continue to roil major cities every night. Several police officers were shot on Monday night, and Trump has derided governors who have not asked for military assistance.

On Monday, police used tear gas to clear peaceful protesters near the White House so Trump could pose for a photograph in front of a church. 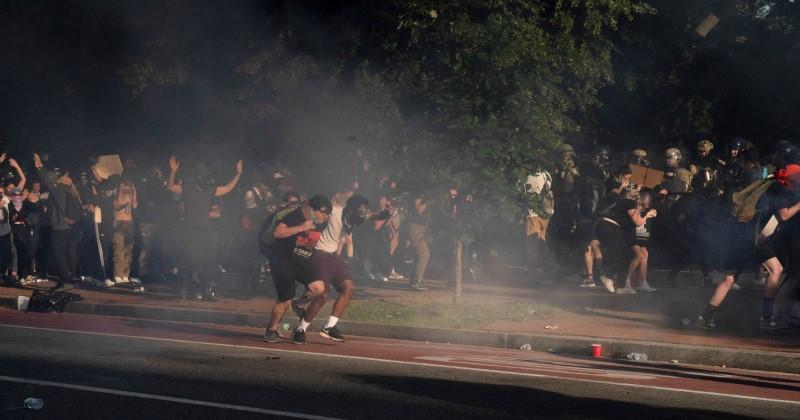 Americans are divided over the police response. According to the poll, 43% believed the police were doing a good job and 47% disagreed, with a majority of Democrats disagreeing and a majority of Republicans agreeing.

The Reuters/Ipsos poll on the protests was conducted online, in English, throughout the United States and gathered responses from 1,004 American adults. That poll had a credibility interval – a measure of precision – of plus or minus 4 percentage points.

The other poll conducted over the same period regarding Trump’s overall job performance and the 2020 election gathered responses from 1,113 American adults and had a credibility interval of plus or minus 3 percentage points.