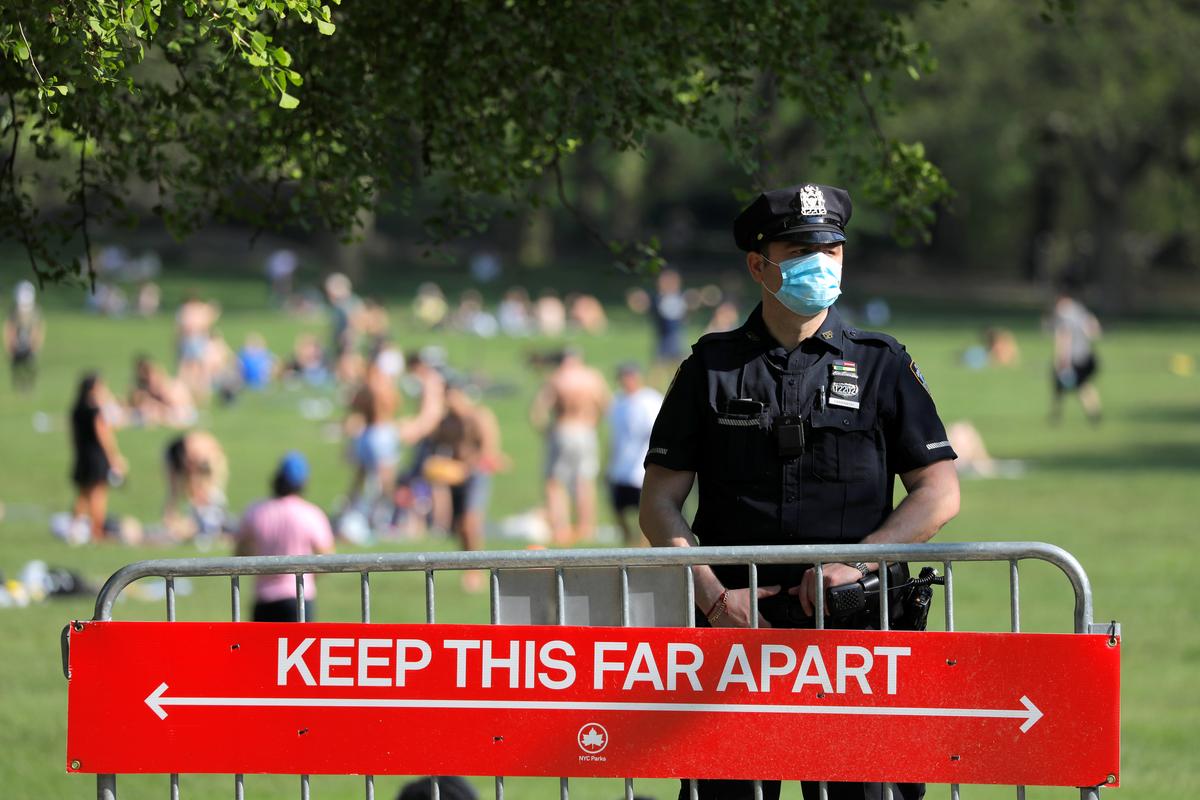 WASHINGTON (Reuters) – Less populated areas of New York, Virginia and Maryland took their first steps towards lifting lockdowns on Friday, part of a patchwork approach to the coronavirus pandemic that has been shaped by political divisions across the United States.

Construction and manufacturing facilities in five out of 10 New York state regions were given the green light to restart operations, although New York City, the country’s most populous metropolis, remained under strict limits.

Joe Dundon, whose construction business in Binghamton, New York, was able to start up again after shutting down in March, said he had a long backlog of kitchen and bathroom remodeling projects and several estimates lined up for Friday.

“We are more than excited to get back to work,” he said.

New York state, home to both bustling Manhattan and hilly woods and farmland that stretch to the Canadian border, has been the global epicenter of the pandemic but rural areas have not been nearly as badly affected as New York City.

Statewide, the outbreak is ebbing. Coronavirus hospitalizations in New York declined to 6,394, a third of the level at the peak one month ago, Governor Andrew Cuomo said on Friday. The number of new coronavirus deaths was 132 on Thursday, the state’s lowest daily total since March 25, he told a news briefing.

Cuomo said New York would join the nearby states of New Jersey, Connecticut and Delaware in partially reopening beaches for the Memorial Day holiday weekend on May 23-25.

Pockets of Virginia and Maryland were allowing an array of businesses to reopen, in contrast to the region’s biggest cities – Washington, D.C., and Baltimore – which extended their stay-at-home orders for fear of a spike in coronavirus cases and deaths.

The patchwork approach has largely formed along demographic and political lines. Republican governors have pushed to reopen more quickly to jumpstart the crippled economy, especially in Southern states such as Georgia and Texas which were among the first to allow stores and businesses to reopen.

Democratic governors have been more cautious, especially about big cities, citing concerns for public health from a virus that has killed more than 85,000 Americans.

New York and Virginia are run by Democratic governors while Maryland’s governor, Larry Hogan, is a moderate Republican in a state that is strongly Democratic.

A New York City Police Department (NYPD) officer wearing a protective face mask stands at the entrance of the Sheep Meadow in Central Park during the outbreak of the coronavirus disease (COVID-19) in Manhattan, New York City, U.S., May 15, 2020. REUTERS/Andrew Kelly

Political divisions were on display in Wisconsin this week after its Supreme Court invalidated the governor’s stay-at-home order, causing confusion as local leaders responded in various ways across the Midwestern state.

Milwaukee Mayor Tom Barrett decided to keep his city’s stay-at-home order in place, although he told Reuters he may relax some guidelines later this month. He said he was concerned there would be outbreaks in surrounding areas that would find their way into his city of nearly 600,000 people.

“By definition a pandemic means that it is everywhere and the spread of the disease does not stop at city boundaries,” Barrett said.

The eagerness to ease restrictions reflects the devastating economic toll of COVID-19, the illness caused by the virus. More than 36 million Americans have submitted unemployment claims since mid-March, and government data on Friday showed that retail sales plunged 16.4% last month, the biggest decline since the government started tracking the series in 1992.

The U.S. House of Representatives cleared the way on Friday to push ahead with a $3 trillion Democratic bill that would double the amount of aid approved by Congress to ease the human and economic toll of the coronavirus pandemic.

But it lacked support from Republicans, who control the U.S. Senate.

Having staked his Nov. 3 re-election hopes on a strong economy, Republican President Donald Trump has urged states to reopen despite warnings of health experts, including some on his White House task force, that a premature lifting of lockdowns could spark more virus outbreaks.

Trump said on Friday the U.S. government was working with other countries to develop a coronavirus vaccine at an accelerated pace but made clear his view that the country could move on from the epidemic without one.

“Vaccine or no vaccine, we’re back,” Trump told an event in the White House Rose Garden.

Trump has also voiced support for protesters, sometimes armed, who have urged states to swiftly reopen their economies. 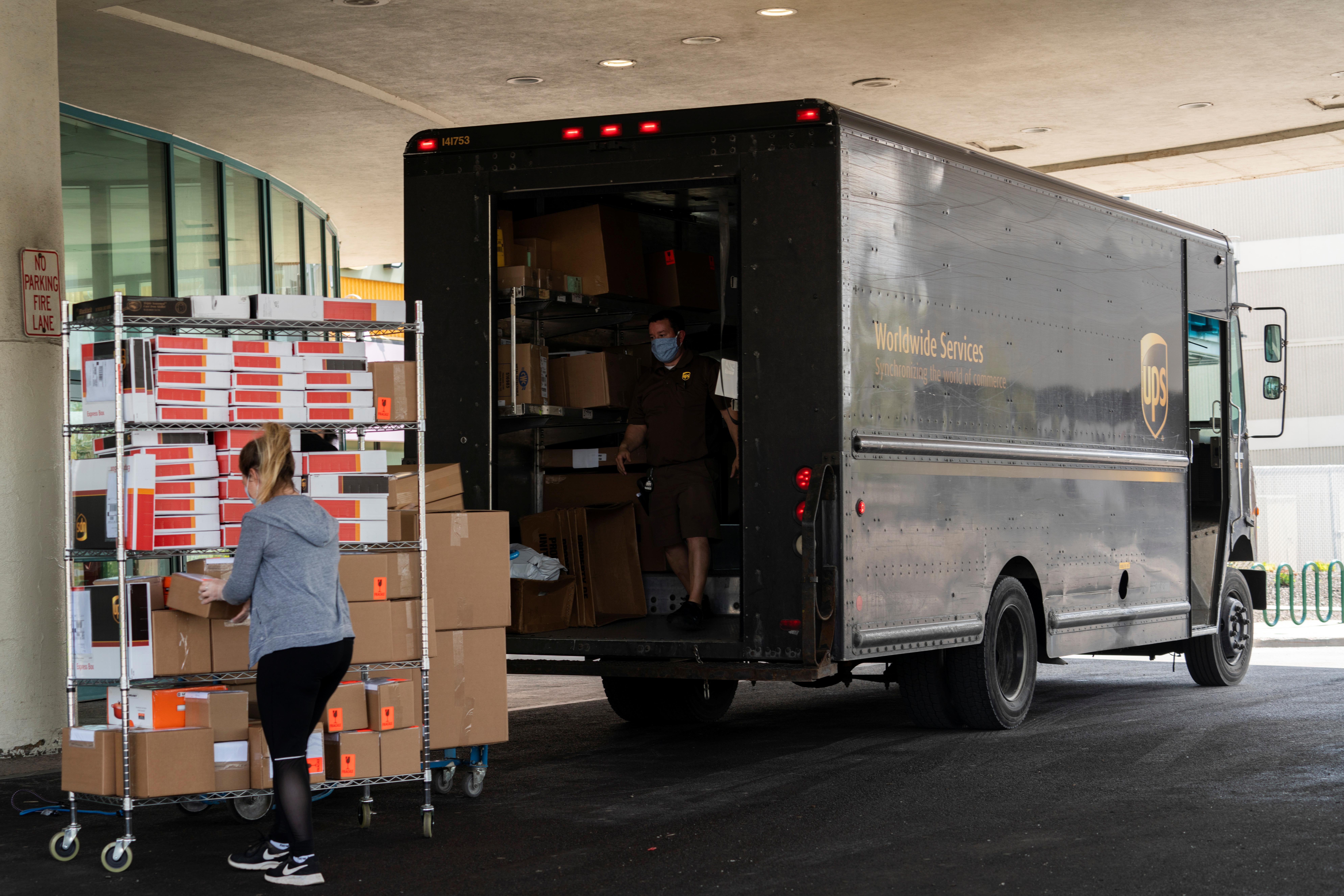 In Pennsylvania, hundreds of demonstrators gathered on the steps of the state capitol building in Harrisburg where they waved American and Trump 2020 flags and homemade signs, calling for the governor to fully reopen the state. Motorists including a man dressed as Santa Claus in a red convertible honked their horns in approval as they drove by.

Pennsylvania ranks 12th among U.S. states in COVID-19 cases per capita, according to a Reuters tally.

Thirty of its 67 counties are under a stay-at-home order that allows only essential business and travel to take place until June 4. Businesses are allowed to be open in the other 37 counties but must follow safety orders.