Constructing A Hospital Or A Tomb? 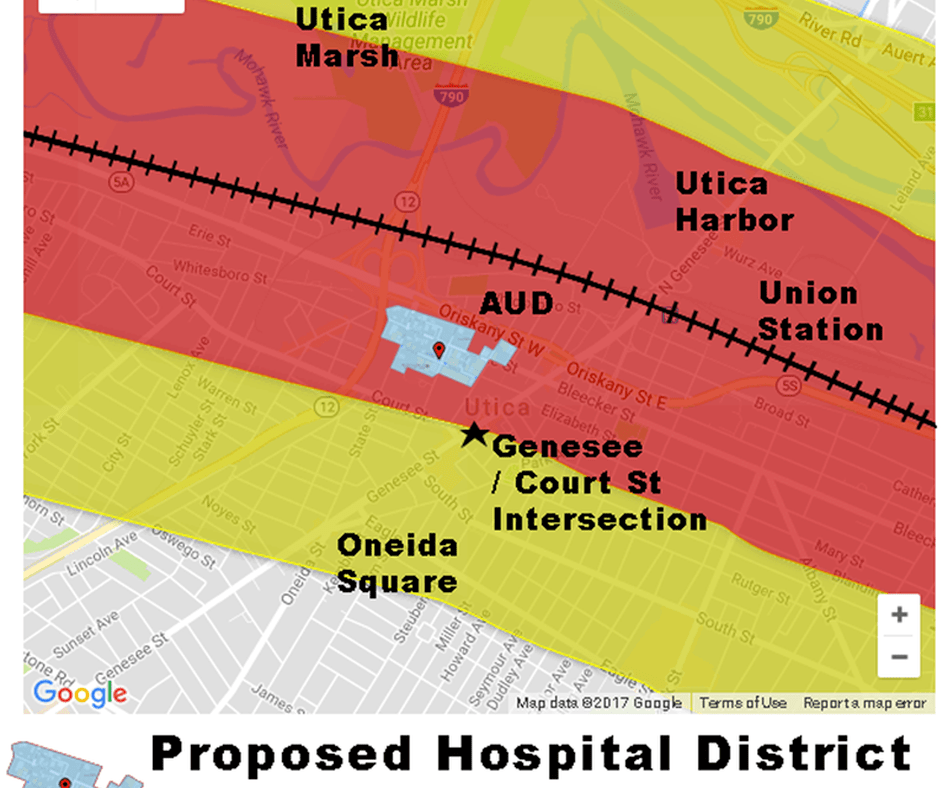 The United States (DOT) in 2012 created an EMERGENCY RESPONSE GUIDEBOOK for 1st responders during the initial phase of-Dangerous Goods/Hazardous Materials transportation incident. It designates a ½ mile radius on any train track route used to transport flammable oil & toxic materials as an Evacuation~“RED ZONE”.

However, the back-room relentless aggressive tactics that have been used, from the beginning by this group to spend a half billion dollars to build in an Evacuation~“RED ZONE”, rank at the top of reckless & sinister schemes to date. Hundreds of bed-ridden patients & people on operating tables would be trapped.

A St. Luke’s~College Medical Center is the true vision. However, citizens are continually threatened that if the hospital is not built in the Evacuation~RED ZONE it will not be built anywhere.
Would Governor Cuomo allow them to continue, if he knew? Let him know.