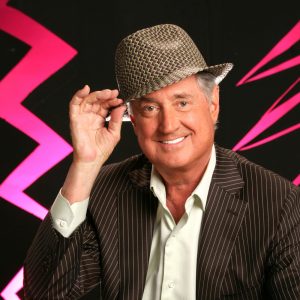 These are just a few of the titles that can be used to describe Neil Sedaka.  His impressive fifty-year career ranges from being one of the first teen pop sensations of the 50s, a relevant songwriter for himself and other artists in the 60s, a superstar in the 70s, as well as remaining a constant force in writing and performing presently.  This is all thanks to the countless songs he has written, performed, and produced that continued to inspire artists and audiences around the world.

Sedaka was born in Brooklyn on March 31, 1939.  His father, Mac Sedaka, a taxi driver, was the son of Turkish immigrants. His mother, Eleanor (Appel) Sedaka, was of Polish-Russian descent. He first demonstrated musical aptitude in his second-grade choral class, and when his teacher sent a note home suggesting he take piano lessons, his mother got a part-time job in a department store for six months to pay for a second-hand upright.  He took to the instrument immediately.  In 1947 he auditioned successfully for a piano scholarship to the prestigious Juilliard School of Music’s preparatory division for children, which he began to attend on Saturdays.  He also maintained an interest in popular music, and when he was 13, a neighbor heard him playing and introduced him to her 16-year-old son, Howard Greenfield, an aspiring poet and lyricist; the two began writing songs together.

Neil began performing rock n roll outside of his classical training.  At 16 Arthur Rubinstein voted Sedada one of the best New York High School pianists.  Though Sedaka considered pursuing a doctorate in music, his next choice became his chosen vocation.  Eager to gain acceptance from his peers at Abraham Lincoln High School, Sedaka began performing rock n roll outside of his classical training.   At this  time, he would form the Doo-Wop group, The Tokens; they would record two singles that would go on to be regional hits, but it was his introduction to his young neighbor, Howard Greenfield, by Greenfield’s, mother, that began one of the most prolific songwriting  partnerships of the last half-century that sold 40 million records between 1959 and 1963.  Sedaka and Greenfield became one of the original creators of the “Brill Building” sound in the late fifties and early sixties when they were the first to sign  with Don Kirshner and Al Nevins at Aldon Music.  Aldon Music would go on to sign Neil Diamond, Carole King, and Paul Simon among many others, and they became the center of the pop world.

Sedaka came into stardom after Connie Francis recorded his “Stupid Cupid.”  She then sang the theme song Sedaka and Greenfield had written for the 1960 MGM spring break classic Where the Boys Are, which would be her biggest hit. Rhythm and Blue stars Clyde McPhatter and Lavern Baker also scored hits with his songs.  As a result of these hits, Sedaka was able to sign a contract with RCA as a writer and performer of his own material.  Sedaka soon recorded chart toppers—“The Diary”, “Oh! Carol”, “Stairway to Heaven”, “Calendar Girl”, “Little Devil”, “Happy Birthday, Sweet Sixteen”, “Next door to

an Angel”, and “Breaking up is Hard to Do”—songs that have become a part of peoples’ lives and can instantly take listeners back to special moments.  In 1964 the direction of American music changed drastically when the Beatles launched the British Invasion.  It became very hard for most male solo artists to continue to pursue their career in music.  Due to his many talents as a songwriter, Sedaka was able to prevail, writing hit songs for such artists including Franck Sinatra (“The Hungry Years”), Elvis Presley (“Solitaire”), Tom Jones (“Puppet Man”), The Monkees (“When Love Comes Knocking on Your Door”), and the Fifth Dimension (“Workin’ on a Groovy Thing”).  Sekaka’s journey continued in the United Kingdom with the release of his album “Emergence” in 1972.  This was the first step of redefining himself as a solo artist.

He decided to sign Sedaka to his up-and-coming record label, Rocket Records, and begin to re-introduce Sedaka to American audiences.  The two albums he recorded for the Rocket label–Sedaka’s Back in 1974 and the Hungry Years in 1975,  became top selling albums around the world.  His comeback was further heralded by two of his songs co-written with Phil Cody– “Bad Blood” and “Laughter in the Rain”, both reaching the #1 position on the music charts.  In Rolling Stone Magazine, Sedaka was hailed as “the new phenomenon”.  The song “Braking up is Hard to Do” was re-released as a ballad in 1975, and made music history when it reached #1 on the charts, becoming the first song recorded in two different versions by the same artist to reach #1. During this time, Sedaka also helped to launch the career of the Captain and Tennille with their version of his “Love will Keep us Together”, which won a Gramy Award for Record of the Year for this world wide number #1 hit.

Among the Honors he has received

Sedaka has been inducted into the Songwriter’s Hall of Fame, has had a street named after him in his hometown of Brooklyn, and was given a star on the Hollywood Hall of Fame.  With a career spanning six decades, a rare feat in the entertainment world, Sedaka never ceases to amaze.  He shows no signs of slowing down.  Neil has appeared on Fox’s hit television show American Idol, as a guest judge—in which Clay Aik en would perform Neil’s “Solitaire”, which saw an inevitable release, reaching #4 on the hot 100 singles’ chart and was one of the top selling singles of 2004.  On June 10, 2004, he received the Sammy Cahn Lifetime Achievement Award from the National Academy, from the National Academy of Popular Music/Songwriters Hall of Fame at the organization’s 35th annual induction and awards ceremony in New York.  Named after the former president of the Songwriters Hall of Fame, this award is given to individuals in recognition of their outstanding achievements in furthering the successes of songwriters.  In 2006 Sedaka concluded a 10-city tour of the United Kingdom, where he filmed a live concert at London’s Royal Albert Hall for PBS, which was released as Neil Sedaka: The Show Goes On.   During this historical evening, Sedaka was presented with the Guinness Award for his song, “Is This the Way To Amarillo?”,  as the best-selling single of the 21st Century in the UK, a song that was originally performed by Tony Christie more than 35 years ago.  On April 24, 2007, Sedaka released the definitive collection, a career-spanning in release in honor of his 50th Anniversary in show business.  The definitive collection debuted at #20 on the Billboard chart.  On October 26, 2007, Sedaka was honored with a tribute at Avery Fisher Hall at New York’s Lincoln Center. Neil Sedaka: 50 Years of Hits, a benefit for the Alton John Aids

Neil Sedaka and his wife, Leba, have been married for 54 years.  They have two children;  daughter, Dara, a recording artist and vocalist for television and radio commercials, and son, Marc, a successful screen writer in Los Angeles.  Sedaka and his wife have three grandchildren, twin granddaughters Amanda and Charlotte, and a grandson, Michael.

Inspired By His Grandchildren

Sedaka released Waking up is Hard to Do, a collection of Neil Sedaka hits that have been reinvented as children’s songs.  Waking Up is Hard to Do was a family collaboration, in which Sedaka’s son, Marc, adapted four of his father’s classic songs, and Sedaka’s five-year-old granddaughters made their recording debut as his backup vocalists.  Since the release of the CD, Imagine Publishing has begun releasing a series of books based on these songs.  September 2010 saw the release of Waking Up is Hard to Do.  Its follow up, Dinosaur Pet, featuring Marc’s new lyric to “Calendar Girl”, was released in May 2012 and peaked at #3 on the New York Times bestseller list.  In May 2010 Sedaka was awarded the special international award from the Ivors, honoring excellence in songwriting.  On October 8 Sedaka was the Variety Club’s recipient of The Silver Heart Award, for his outstanding service to the music industry and his charitable work.  Sedaka has returned to his classical roots, composing his first symphonic piece, “Joie de Vivre”, and his first piano concerto, “Manhattan Intermezzo”. In October 2010 Sedaka recorded these two pieces with the Philharmonic Orchestra of London at the famed Air Studios there.  “Manhattan Intermezzo” was released on 2013’s The Real Neil.  In addition to his extensive worldwide tour schedule, Sedaka has just released I Do It for Applause, a CD of 12 new Sedaka songs and the official release of “Joie de Vivre”.  “The album is the culmination of 64 years of writing”, says Sedaka, “This is a gift I was born with.  My main objective is to always top the last collection, raise the bar and reinvent Neil Sedaka”.  He was awarded a star on the Hollywood Walk of Fame for recording at Sunset Boulevard and Vine Street in Hollywood, California.  He wrote the song, “Oh! Carol” for his girl friend, Carole King.  The song became his first top 10 hit in 1959. My songs include an interesting combination of rock and roll and a bit of theatre.  I write in a comfortable vocal range with my voice at the piano.  It’s no more than an octave and a couple of notes. I remember Pavarotti telling me: “Oh, Neil, after seventy the voice is going to go”. But I’ve been lucky.  You almost have to learn how to sing all over again.  You use your diaphragm more. You have to choose the notes and pace yourself.   I think that the reason I’ve been around 58 years, and that I have been writing songs for 60 years, is that the piano is the magnet that draws me.  It talks to me and says: Neil, How good are you, really?  Can you top that last collection? I try to raise the bar and try something different each time.  Many of my songs were inspired by other singers’ voices.  I hear them on the radio and think:  you know, I can write for that voice, that style, but I can top it.  It’s like a designer.  I can take different fabrics from different places.  “Love Will Keep Us Together” was a combination of three different singing styles– Al Green, the Beach Boys, Diana Ross, and Me, Sedaka.  I put their singing styles together and wrote that tune.