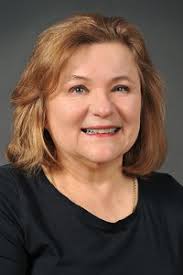 Just yesterday an article appeared in my email inbox concerning new work on treating the terrible condition of sepsis. If you are not familiar with the term sepsis, know that it refers to a whole-body assault against bacteria that is so powerful, death often results, not from the infection itself, but from the body’s attempts to quell it.

What does this look like: A heart rate over 90 beats per minute, a fever of over 101 degrees, or under 96.8, determination of an infection,  breathing more than 20 breaths per minute, and more serious symptoms as the sepsis progress, including loss of consciousness,  organ failure, and of course, death. In fact, more than 1,000,000 million Americans develop this condition every year, and close to 300,000 die from it.

It happened that in Virginia, Dr. Paul Marik observed sepsis in a woman, and he predicted that she would die within a day. He then remembered previous doctors’ work in using Vitamin C for infections, and he decided there was little to lose in trying this protocol on his patient. She received 1.5 grams of Vitamin C, some thiamine (Vitamin B1, which is needed for processing certain Vitamin C metabolites), and a steroid medicine, for reducing inflammation. He ordered this for the patient and returned home, with little hope of this treatment working.

When he returned to the hospital in the morning, his patient was very much better, off the medications to correct her low blood pressure, and she went on to completely recover. It was little short of a miracle.

In the months that followed, he used this same protocol on about 150 other patients, and found that the usual mortality rate of about 40% had been reduced to about 8%! This was stunning success! Could such a simple and inexpensive, non-toxic and non-drug protocol really be the answer to the dreaded sepsis? It seemed so!

Dr. Marik is quick to point out that he did not create this protocol, but that he was following in the footsteps of other doctors. In the late 1940’s. Dr. Fred R. Klenner used Vitamin C injections and cured many cases of polio, among other conditions. Of course, many of us are familiar with the work of Dr. Linus Pauling in promoting Vitamin C for any number of conditions. The work of these mean was probably ahead of its time, and they did not use the intravenous method of delivering the Vitamin C. Their work was mostly forgotten for decades.  Unfortunately, in our pharmaceutically-based medical system of today, such inexpensive, non-toxic and harmless solutions are looked at with great skepticism. Today’s doctors are not generally trained in nutrition, and are fairly unfamiliar with the effects nutrients can have on the body. But with this news, all those who believe in nutritional treatments see cause for hope.

Vitamin C is created in the bodies of all animals except two: Guinea pigs and humans. It appears that a possible genetic mutation robbed us of the ability to make Vitamin C, and this is a real problem, since this vitamin is especially useful to the body when infection occurs. Many of you already take it when you feel a little under the weather, but now we see ample proof in 2017 that it is indeed a miracle vitamin. We can point out the low incidence of pneumonia in our cats and dogs as support for the idea that Vitamin C is doing its job in their bodies. We are not so lucky.

When you consider that approximately 822 persons die EVERY DAY in America from sepsis and related infections, and there is a possible life-saving treatment available, we pray

that even though the evidence is heavy on the side of using this protocol, scientists will promote the traditional experiments to prove this treatment is indeed a “silver bullet” saving the lives of thousands, if not millions of Americans.

If you or a loved one are ever diagnosed with this condition, please remember Vitamin C and the protocol of Dr. Marik, and ask that it be considered as part of your treatment.

Elizabeth Szlek is the Director of The Door Counseling Center of Yorkville. She is a Licensed Mental Health Counselor and a certified Nutritional Therapy Practitioner. She can be reached at (315) 768-8900. 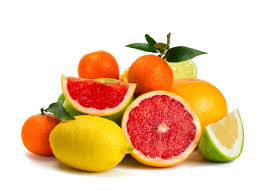