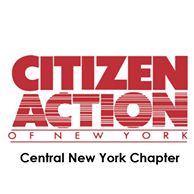 The Central New York Citizens in Action, Inc. released the following statement in light of the vote today in the Senate to begin debate on a bill to repeal major provisions of the Affordable Care Act.

“We are very disappointed that the Senate today voted to move ahead to begin debate on a bill to repeal the Affordable Care Act.  If this bill turns out to be a version of the House bill, it would be disastrous for the nation and New York State.   Many ordinary Americans will be hurt:    22 million people will be deprived of health insurance; During the next decade Medicaid will be cut by $800 billion;  Premiums will double; 2.5 million women will no longer receive vital health care services from Planned  Parenthood.  Thousands of Americans will die because they will not have adequate health insurance.

Most Americans as well as health care organizations are against this legislation.  We are more determined than ever to fight back against these attempts to take away our health insurance coverage   We are asking our constituents to continue their advocacy to stand up for Medicaid, the Affordable Care Act, and Medicare.   We cannot allow millions of Americans to lose their health insurance to give tax cuts to the super rich. All Americans must have the right to guaranteed, universal health care.”

BECOME A MEMBER OF CITIZEN ACTION OF NEW YORK TODAY:

Central New York Citizens in Action, Inc. was developed from the Utica Citizens in Action, a multi-issue public interest association affiliated with Citizen Action of New York.  It was founded in 1997 to address critical social, economic and environmental issues facing residents of Oneida, Herkimer, and Madison Counties.  Members of our group worked to empower low and moderate income Central New York residents to participate in shaping the policies that affect their lives, such as economic justice, environment, housing, education, economic development, health care, public benefit programs, and consumer issues.   Our projects include research and policy development, public education on a wide range of public policy issues, development of educational materials, community outreach and grassroots organizing, coalition development, training, and lobbying.  Please join our email list by sending an email to cnycitizenaction@gmail.com with the subject heading – Join List.  We also invite you to become a member of our group and attend our meetings.