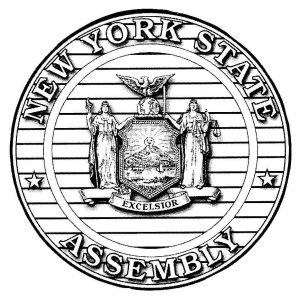 UTICA, JULY 21, 2017—Members of the bipartisan coalition of state legislators known as the Mohawk Valley Nine have written to Governor Cuomo requesting more state assistance for those affected by the July 1st floods that left many property owners and localities with significant damage. The following is a joint statement from the delegation:

“Many residents of the Mohawk Valley have suffered through four significant floods over the last six years.  The flooding on July 1st was especially severe, leaving many property owners with significant foundation damage, and the loss of water heaters, furnaces, and other major appliances. Local governments were forced to quickly repair roads and other infrastructure damaged by the flooding.

We greatly appreciate the assistance several state agencies provided under Governor Cuomo’s direction to help in the immediate aftermath of the flood, but more help is needed.  We are asking the Governor for two things: first, we are requesting additional state resources to help homeowners, businesses, and municipalities deal with repairs. We also are asking the appropriate state agencies to work with local governments to develop a long- term flood mitigation plan, along with providing further state funding for efforts to minimize future flood damage to property owners.” Governor Cuomo Announces He’ll Make the Decision on Reopening Schools–and not Until the First Week of August; Also Cancels all County Fairs Until Further...