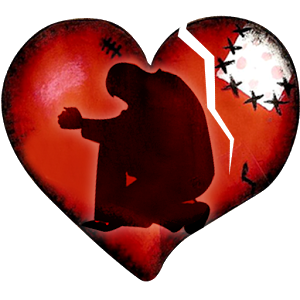 Several years ago, I saw a promotional ad on television for the show “Intervention” which included a quote from Ernest Hemingway, one of the great American authors of our time: “The world breaks everyone, and afterward many are strong at the broken places.”

This quote is from Hemingway’s novel: A Farewell to Arms. Hemingway died in  1961 as a result of suicide. As an aside, Neil Peart of Rush wrote the lyrics to a hauntingly beautiful song called Losing
It, which in part alluded to the rise and fall of Ernest Hemingway.

The first part of this quote: “The world breaks everyone,” may seem on the surface to be both morbid and fatalistic. The reality is that if we live long enough, we will become broken by events in the world that are tragic and painful beyond belief. I believe that loss breaks everyone to one degree or another.

When my daughter Jeannine died in 2003, at the age of 18, many parts of me were broken. My faith, my trust in a greater good, my values, my hopes for the future, were all shattered beyond recognition. During my early grief, I never fathomed that the broken parts of me could ever be fixed. I could not
visualize experiencing joy again. I am in the fourteenth year of my journey as a parent who has experienced the death of a child and I have been able to find joy and meaning again. In essence, I became stronger at the places that were broken after Jeannine’s death. I did it by reading about other parents who became stronger at their broken  places after their children died, and finding out how they did it. I also availed myself of the support of other parents who understood my pain and together
we discovered how to fix the broken places. I also committed to embracing a different perspective on both life and death, with the help of some very wise and intuitive mentors. That allowed
me to become stronger at my broken places. Fixing the broken places of our grief does not mean that our world returns to the way it was before our children died, or that the pain of our loss ever
truly goes away.

We learn to fix the broken places of our grief in a way that allows us to find significance in a world that is different without our children. Understanding that our relationships with our children continue after they cross over and that they communicate signs of their presence has also helped fix the broken places of my grief. There is no time frame for fixing the broken places of our grief. As long as you are willing
to work through your pain of loss, you will eventually learn new ways of managing it. Keep in mind that hopes for the promise of a new world after the death of our children, can come from the most unlikely of sources. Just be open to it and embrace it when it does. 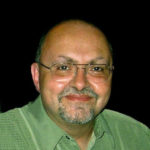 Dave Roberts, LMSW is a retired addiction professional and an adjunct professor of psychology at Utica College. He is a HuffPost contributor and a speaker on grief and loss locally and nationally. Dave is also the chapter leader for The Compassionate Friends of the Mohawk Valley. Dave may be contacted at:bootsyandangel@gmail.com