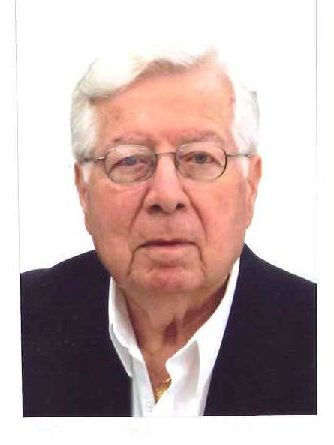 President Trump wants to “totally destroy” a 63 year old ban on churches and other tax-exempt organizations supporting political candidates. Only an act of congress can repeal the Johnson Amendment.President Trump signed an executive order on religious liberty that weakens the enforcement of the country’s foremost regulations separating church and state.

Trump said, “I will get rid of and totally destroy the Johnson Amendment and allow representatives of faith to speak freely and without fear of retribution.” The Johnson Amendment signed in 1954 and is named after its primary sponsor, then Senator Lyndon Johnson.

In 1992 the IRS stripped Branch Ministries Church in New York, of their tax exempt status under the legislation for taking out a series of advertisements in major newspapers, calling on Christians not to vote for Bill Clinton. As a result of their campaign Clinton won the presidency that year.

According to a Pew Research Center Survey, 71 percent of Americans oppose allowing places of worship to endorse political candidates while maintaining their tax-exempt status. Religious groups do not favor eliminating the Johnson Amendment. Only 36 percent of white evangelicals support enabling churches
to support candidates. In an open letter to Trump, 1300 faith leaders opposed his executive order.

Nathan Finn, Dean of the School of Theology and Missions at Union University, a southern Baptist College in Jackson, Tenn., said “Barak Obama didn’t divide us, Donald Trump divided us.” “His personal behavior, public views, temperament, character, and his religious values, all were highly questionable.” Finn added, “The Trump Presidency is causing us to consider whether we are just a
Chaplain for the Republican Party.” Sarah Warelbow, legal director of the Human Rights Campaign said, “Freedom of religion does not give people the right to impose their beliefs on others, to harm others, or discriminate.”Currently, churches are free to promote political candidates on condition to forgo such activity to obtain tax-exempt status.

Philip Schaff, a 19th century Union Theological Seminary Historian said, “The Constitution did not create a nation, nor its religion and institutions. It found them already existing and was framed for the purpose of protecting them under a republican form of government, in a rule of the people, by
the people, and for the people.”

The Supreme Court has in the past 200 years shaped the Constitution to contain a clear separation of church and state to protect every religion equally. Trump’s actions promote and entrenches divisiveness in America, not unity. Unity is what America desperately needs.

*Joseph J Jacob is a former corporate controller for Hamilton Digital Controls, Inc., former president of the National Association of Accountants in the Mohawk Valley, former president of Upstate NY Regional Council of NAA and former national director of NAA. He is a contributing writer to the Utica Phoenix.

Brindisi Statement on the Death of Qasem Soleimani