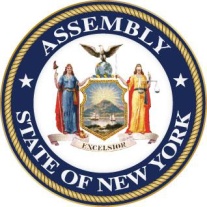 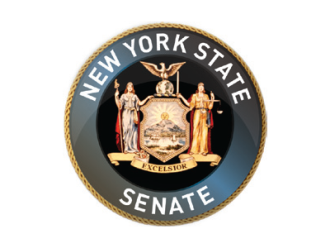 to volunteers diagnosed with cancer after serving at least 5 years

ALBANY – For the volunteer firefighters across New York, this day has been a long time coming.

On Tuesday, The New York State Legislature finally passed legislation that would expand medical benefits for volunteer firefighters who are diagnosed with certain forms of cancer linked to their duties, State Senator Joseph Griffo and Assemblyman Anthony Brindisi announced today.

After the State Senate recently passed this legislation sponsored by Senator Griffo, the Assembly on Tuesday also voted to approve the measure co-sponsored by Assemblyman Brindisi. The bill – S1411B/A711B – will now be sent to the Governor for his consideration.

Unlike full-time career firefighters, volunteer firefighters across the state do not currently receive benefit coverage if they are diagnosed with cancer, despite the fact that much of the toxic fire and smoke they are exposed to on a regular basis are known to cause many of the cancers these volunteers are later diagnosed with. This legislation, if now signed into law, would create the New York State Volunteer Firefighter Gap Coverage Cancer Disability Benefits Act.

State Senator Joseph Griffo, R-Rome, said: “Our volunteer firefighters have waited long enough to achieve the medical coverage they need and deserve for courageously putting their lives on the line to protect their communities. Today’s fires and smoke are only getting more dangerous and toxic, and the risks of developing cancer are greater than ever before, so it is critical that proper health coverage is provided to help support those volunteer firefighters and their families who are confronting cancer. Our volunteer firefighters have always been there for us at our most desperate times of need and crisis, and for three years in a row I am proud to have stood with these brave men and women to fight for these expanded benefits. Now, I call upon the Governor to join the Senate and Assembly in doing what is reasonable and right on behalf of our volunteer firefighters.”

State Assemblyman Anthony Brindisi, D-Utica, said: “Firefighters often respond to interior fires where cancer-causing substances are burning. While fire-prevention techniques have improved, firefighting is still dangerous. It is only right that we provide the volunteers who are there to save our homes and our families with the health care coverage they deserve from the hazards they regularly encounter as first responders. Volunteer firefighters should not have to risk bankruptcy covering the enormous medical bills that can result from seeking treatment for cancers that studies prove can result from their day to day work. This legislation is a great step forward providing health care coverage these dedicated volunteers deserve for protecting our communities.”

The bill was sponsored in the Assembly by Assemblywoman Aileen Gunther, D-Forestburgh.

According to the bill, a volunteer firefighter will be eligible for enhanced cancer disability benefits if the volunteer has served for at least five years as an interior firefighter, and has successfully passed a physical examination upon entering the volunteer service that initially did not show any signs of cancer.

If the volunteer firefighter develops cancer – including melanoma, digestive, hematological, lymphatic, urinary, prostate, neurological, breast and reproductive cancers – this legislation would allow the qualified volunteer to be eligible for a lump sum payment of $25,000. If the volunteer is totally disabled, a monthly benefit of $1,500 per month would be payable up to 36 consecutive months, according to the bill. In the case of death, the volunteer firefighters’ family will be eligible for an accidental death benefit in the amount of $50,000.

These expanded benefits would be covered by local fire departments, fire districts or municipalities.

Former Whitesboro Fire Chief Brian McQueen is a cancer survivor and one of the founders of the Believe 271 Foundation, established in 2014 to provide financial and emotional support to volunteer firefighters diagnosed with life-threatening illnesses in Oneida and Herkimer counties. McQueen and his wife, Sarah, were in Albany on Tuesday to witness the Assembly’s long-awaited passage of this bill.

“This bill will provide the support for the volunteer fire service and their families that was never available to them,” McQueen said. “In the words of former Buffalo Bills quarterback Jim Kelly: ‘Make a difference today for someone who’s fighting for their tomorrow.’ Through this bill, Senator Griffo and Assembly members Gunther and Brindisi will now allow those afflicted by cancer serving their communities to be covered medically. A special thank you to FASNY, New York State Association of Fire Chiefs and state Association of Fire Districts, along with organizations like The Believe 271 Foundation, Believe NNY and Believe 31, who educated everyone on the dangers of fires and occupational cancers.”

Ken Pienkowski, president of the Firemen’s Association of the State of New York, said: “Today is a great day for the 110,000 men and women of the Volunteer Fire Service who place themselves in harm’s way to protect their fellow New Yorkers. The State Assembly and the State Senate have now passed legislation that grants presumptive cancer coverage to volunteers, something that is sorely needed as rates of firefighter cancer continue to rise. FASNY is grateful for all those who have supported this critical piece of legislation, especially Senator Griffo and Assemblyman Brindisi for sponsoring this bill and standing by the fire service from day one. We now call upon Governor Andrew Cuomo to sign this bill into law without delay, and ensure that New York’s volunteer firefighters have the protections that 21st century firefighting requires.”