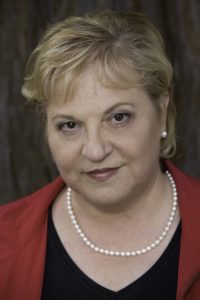 You keep turning the pages. Turning and turning.

There might be greater compliments for a writer of fiction, but that is a very good one. You keep turning the pages.

If you read Susan Alice Bickford’s first novel, “A Short Time to Die,” you will keep turning the pages. You care about protagonist Marly Shaw, and you want to know how she will handle her predicament: What mindlessly evil, heartless crime will her shirttail relatives, the Harris family, commit next? How will she get out of the hopeless trap that is her grungy little hometown? Does she have enough cunning and emotional strength to break out of her living hell? So what about her own character? Is she really so different from the violent clan she battles for 275 or so pages? You’ll care about detectives Vanessa Alba and Jack Wong, too. You’ll want to know how they handle things.

Bickford is a native of Boston, but spent most of her formative years in Upstate New. She went to Cazenovia High School for one year, skipped her senior year there, and enrolled at Kirkland College, graduating with the charter class in 1972. I attended Hamilton College, and was on campus with Bickford for two years, but we didn’t really know each other. She was in the first wave of whip-smart, talented women who broke the gender barrier on the Hill in 1968. She will speak about the book during Hamilton’s reunion weekend (4 p.m. Friday, June 9 at Room 201, the Kirner Johnson Building) and also will participate in a book signing at the campus bookstore 2:30 p.m. Saturday, June 10. Bickford will also have a book signing at the New Hartford Barnes and Noble Thursday June 8 from 6PM – 8PM.

Bickford was a very successful technology executive in California’s Silicon Valley for many years, and now is a consultant who spends much of her time writing fiction. Her second novel already is completed and will be out in 2018. “A Short Time to Die” stands on its own very well, but it might have additional appeal for area readers, especially since she uses her former Central New York haunts as a setting for her tale.

Readers might or might not recognize Charon Springs, the rundown backwater where Marly lives with her mother, sister, nieces, nephew, and – whoa! – Her mother’s depraved boyfriend-cousin, but more than a few will figure out rather quickly that the nearby upscale village of Avalon is a thinly disguised version of Cazenovia. That technique might put you in mind of the work of Pulitzer Prize-winning author Richard Russo, the Gloversville native who closely copies the gritty towns, villages and cities of the Mohawk Valley for the settings for many of his stories. It is something that deepens the story for local readers.
Utica, plainly identified, plays a small role in “A Short Time to Die” and the characters? You’ve known many of them, or at least many like them, at some point in your life – the good, the bad, the ugly, and the hard-to-believe, but-all-too-real social misfits. You might not have known the Harris family – we certainly hope not – but you might be aware of people like them, especially if you are familiar with the Loomis Gang, the notorious 19th Century bandit family from the Waterville area. As bad as the Loomises were reputed to be, the Harrises put them in the shade with their vindictive, murderous lunacy.
The Harrises’ behavior is so insanely outrageous it might strike you as caricature, but all you have to do is pay attention to the news. There are a lot of sociopaths in our world, and, in truth, what Bickford calls the inciting incident for her story was the brutal murder of two of her classmates – Kathy Bernhardt and George Ann Formicola – in 1966 in the Rochester suburb of Chili. The crime has never been solved.
The book, published by Kensington, is disturbing, tough, with a bit of language to match, but not too much. Not nearly as much as the Harrises likely would have used had they been real. It’s close to the bone, with a good dose of class consciousness and moral ambiguity. It’s fun to read. You care about Marly, and you keep turning the pages. That is a very good thing.