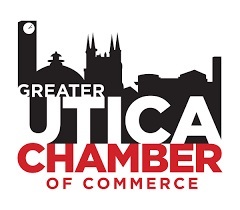 Supporting Making Utica the Western Gateway to the Adirondacks

WHEREAS; Governor Andrew Cuomo announced plans to establish a tourism hub in the eastern Adirondacks at a cost of approximately $32 million in public and private funds; and

WHEREAS; Utica has long been the western access point to the Adirondacks via Routes 8, 12 and 28; and

WHEREAS; Assemblyman Anthony Brindisi has proposed a western hub in the Greater Utica Area, similar to the eastern hub planned by the Governor; and

WHEREAS; Greater Utica has numerous locations where this hub could be developed, including Harbor Point and Union Station, with many local attractions nearby such as the Saranac Brewery, the Utica Auditorium, and historic Bagg’s Square along with a re-energized downtown, all of which have easy access to the major highways to the Adirondacks.

NOW, THEREFORE BE IT RESOLVED; the Greater Utica Chamber of Commerce supports developing a western tourism hub in Utica, NY, which has long been referred to as the gateway to the Adirondacks.